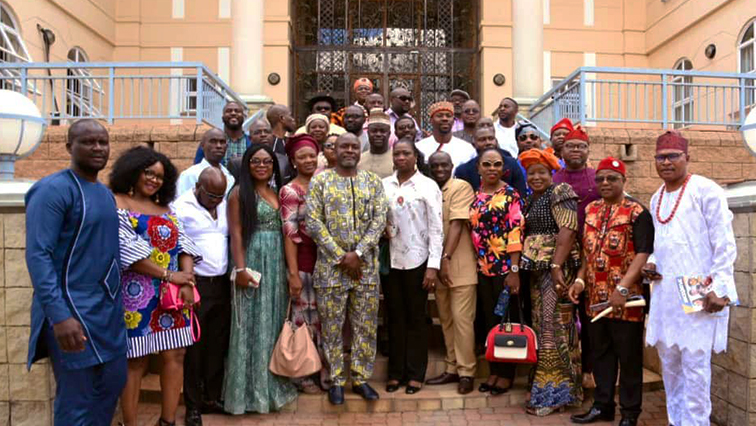 The Nigerian Citizen Association of South Africa (NICASA) is set to embark on a march against crime, human trafficking, gender-based violence and drugs on Thursday.

Organisers of the march say they will converge at Peter Rose Park in Johannesburg – seeking to stand in solidarity with victims of crime across South Africa.

In September, South Africans – under the banner of Action for Change marched to the Nigerian High Commission in Pretoria, where they demanded that stringent action be taken against alleged drug traffickers and crime syndicates operated by Nigerian nationals.

NICASA’s Gauteng Chairperson is Udemezue Nduka says, “The march is expected to start at 10 am at Peter Rose Park. We have been standing against these crimes since 2014 but now we have decided to take a lead because of the human trafficking across this nation and we have decided to march against any nationality – including the handful of Nigerians – who are involved in these crimes.”

A march against crime, human trafficking, gender-based violence and drugs by Nigerians in SA

March to the Nigerian embassy in South Africa: Nigeria

SAPS, Interpol, SADC working together in fight against human trafficking

In Limpopo, a series of viral social media messages circulating in Polokwane, allege that there have been reports of kidnapping and human trafficking of women.

Briefing the media in Pretoria on alert Level 1 lockdown regulations, Sithole said they were working with an integrated trans-national crime prevention network.

“At transnational level, we have got transnational organised crime operations that we share with the neighbouring countries – the SADC countries. But it is also a crime that we are looking at Interpol level. These are integrated and multi-disciplinary investigations. We are also working on transnational crime prevention framework,” explains Sitole.

Human trafficking on the rise