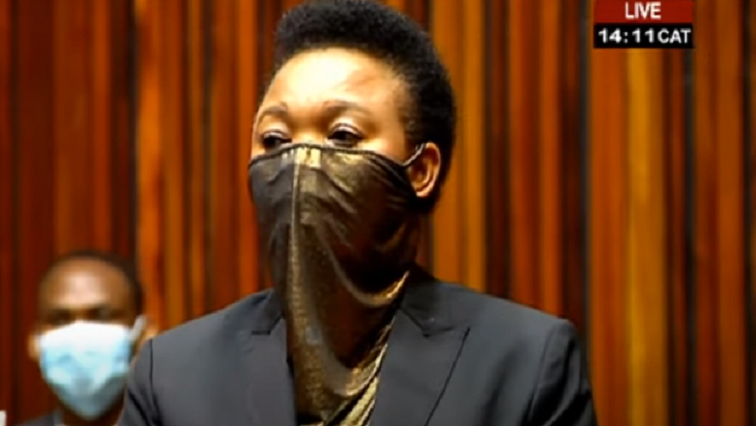 Mgwenya was arrested on Monday in connection with the multimillion-rand tender fraud case for emergency warning equipment, otherwise known as blue lights, for SAPS in 2017.

The tender went to Instrumentation for Traffic Law Enforcement (Pty) Ltd, a company she had close ties with.

According to the National Prosecuting Authority (NPA), Mgwenya enjoyed a close relationship with the company’s owner, Vimpie Manthata.

The group stands accused of colluding to ensure that the company was awarded a contract to install 1 550 police motor vehicles with warning lights at an inflated price. It’s believed that during the procurement process the accused ignored the competitive bidding process and committed SAPS to pay R191 million in favour of Manthata’s company in exchange for benefits they received from Manthata.

It is believed R65 million was paid to the company. Payment of another R22 million was stopped as a direct result of the work of investigators from the Independent Police Investigative Directorate (IPID) who worked with SAPS and the Hawks.

“The Deputy National Commissioner appeared briefly in the Palm Ridge Magistrate’s Court on Monday, 12th October 2020 after she was arrested by the Investigating Directorate on charges of corruption, fraud, theft and money laundering. After receiving a report on these charges from the Investigating Directorate, the National Commissioner followed due processes and suspended her yesterday with immediate effect pending a departmental investigation.”