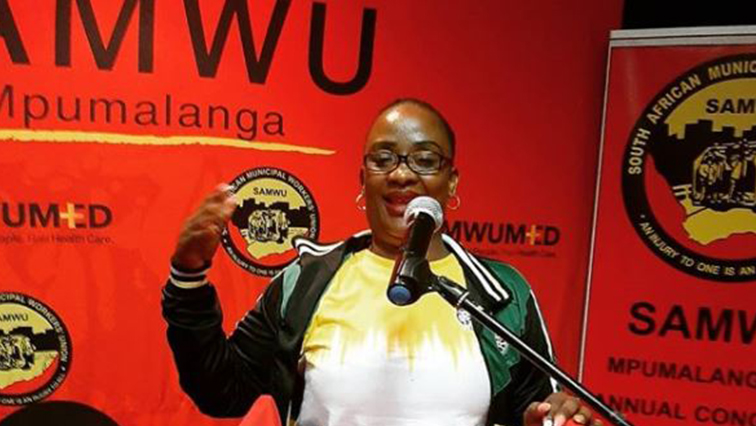 It is alleged that the union members were assaulted after they stormed a meeting between SAMWU leadership and municipal management, demanding personal protective equipment (PPEs). Among those assaulted was also SAMWU National Treasurer Zukiswa Vezi.

A brawl between SAMWU members and municipal security erupted after workers invaded a meeting between their leadership and municipal management.

One person was severely injured and transferred to Klerksdorp hospital, while the Vezi was later discharged.

Meanwhile, Omphemetse Bareki, who is a member of the community, says the presence of heavily armed security should not be allowed in public institutions

Bareki says, “We are now afraid to enter that building with security or the soldiers holding guns and pepper sprays. We feel intimidated as the community, we have been complaining to the provincial government and to the ANC about the situation and nobody is paying attention to our complaints”.