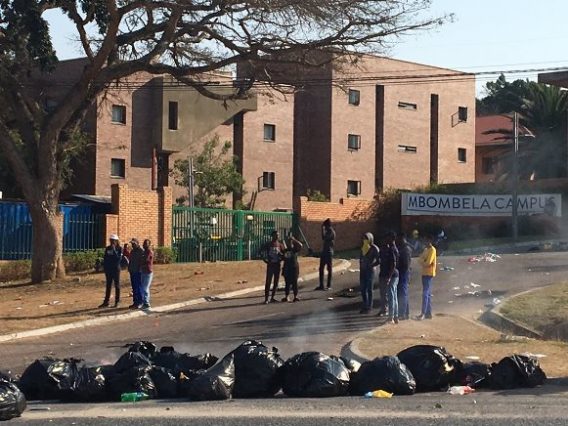 The strike by students at the University of Mpumalanga, in Mbombela, has been called off after management and student representatives ironed out their differences.

The University of Mpumalanga is currently assessing the extent of the damage caused by the student protest. Students went on the rampage and damaged university property since the beginning of this month.   This after landlords evicted off-campus students due to non-payment of their rental accommodation. NSFAS is responsible for the payments. Barricades have been removed from the main gates to allow officials to enter the premises.

The students also set alight a vehicle, a guard room and a cleaning machine.

Maminza says the damage may amount to millions of rands since the university is still under construction. He has also urged students to write their examinations because it is important.

“And we hope students will take advantage and go and write exams. I can’t say as of now this moment as to what is happening in the exam venues, we still have to observe and get reports but exams have to continue and finish. This exam period, which is until the 15  December for this first phase, those days we have missed, we will look into that and try to reschedule those so that students can have an opportunity to write.”

Based on the agreement between the institution’s SRC members and the university, a meal allowance for off-campus students will be provided. The second phase of exams will be written in mid-January next year.

The protest was one of many that erupted over the past weeks at tertiary institutions across the country over the NFSAS extra allowances necessitated by the extension of the 2020 academic year due to COVID-19.