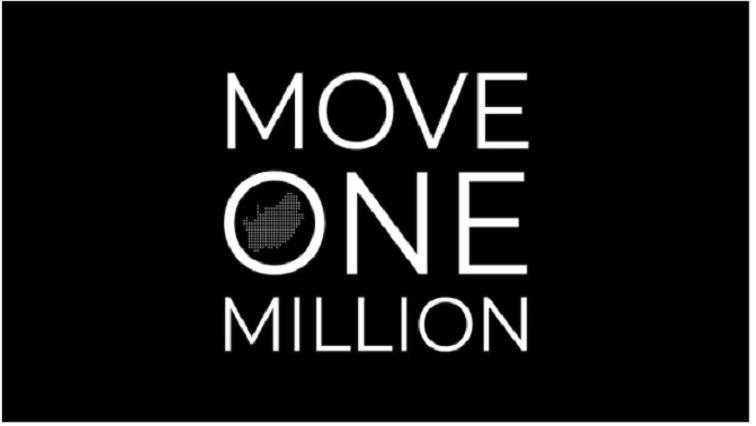 Protesters who supported the call to action by the social movement called “Move One Million” say South Africans are being failed at all levels, socially, economically and politically.

Hundreds of people gathered on the Grand Parade, in Cape Town, under the banner of Move One Million organisation to protest against social ills afflicting the country.

The protesters say corruption is increasing and levels of poverty, murder and gender-based violence cannot be tolerated anymore. This, as yet another woman, Juanita Willemse was murdered allegedly by someone known to her family in Hawston, in the Overberg District of the Western Cape, this weekend.

Protesters say they are taking a stand against what they call lawlessness in the country. Among these, is corruption which they say leads to poverty and hunger, farm murders, and gender-based violence.

Founder of the Move One Million, Jerette Petzer, says they want South Africa to be in the hands of people whose interest is what’s best for its people.

“We say no to corruption, say yes to direct elections. We want accountability, we want our country to be in the hands of who best will look after our country. At the moment it’s not in the hands of those people. We have 15 million people starving in South Africa, it’s unacceptable. We have the worst crime we have ever had in our history. It is absolutely unacceptable.”

Other protesters say South Africans are being failed at all levels, socially, economically and politically.

“I’m raising a daughter myself, I’m here to says the killing of our children must stop, she still needs to be growing in this world,” says one protestor.

Another adds: “I just had a son, I wanna be able to know that the country that I’m living in is able to protect my child.”

“There’s corruption, there’s crime, there are murders. There are people who aren’t having food, yet the fat cats are sitting at the trough and eating enjoying their lives.”

“We as ordinary South Africans need to stand up no matter what the colour of your skin is; we can’t wait on the government anymore to change this country.”

Farm murders under the spotlight

A similar protest in Bloemfontein, in the Free State, says the escalation of farm attacks is a result of the government’s incapacity to fight crime. AgriSA recently reported that 49 people were murdered on farms across the country in the 2019/2020 financial year.

Organiser Chantelle van Zyl says these are desperate times during which unity is important.

Protests also took place in Knysna. The Move One Million says it is on a 20-month mobilising campaign to empower citizens to choose leaders and hold them accountable. They say the movement, which is a pressure group with no interest in politics, is supported internationally.