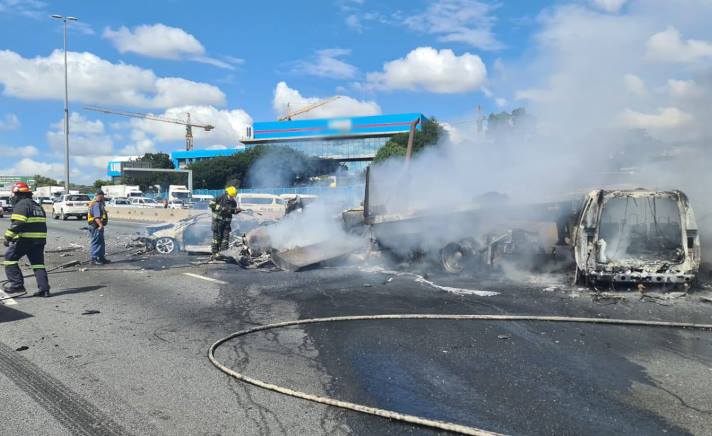 “Gauteng traffic police and other units on the scene. Motorists are advised to avoid the N1 in both directions in Midrand south and northbound near Allendale. From Pretoria heading south please use New Road as your alternative. From Joburg, Sandton heading north use Woodmead Drive as the alternative. It will take hours for the freeway to be cleared.”