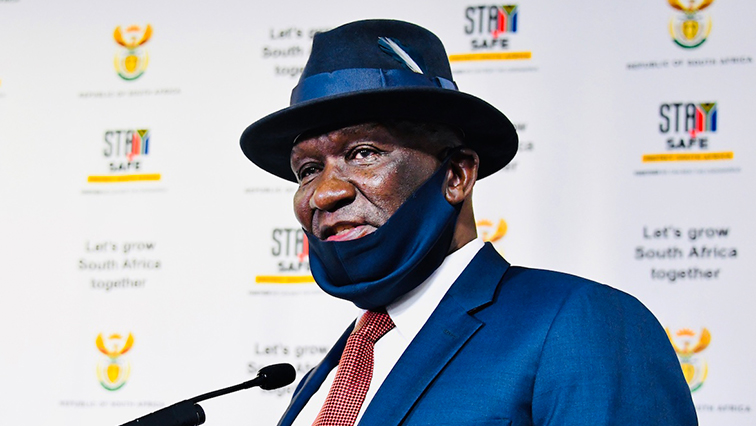 Police Minister Bheki Cele says there is a possibility of finding more bodies in the uMthwalume area on the KwaZulu-Natal south coast.

Cele says his statement is based on information from one of the two suspects arrested in connection with the murders of at least five women.

The suspect who divulged the information has since committed suicide in police custody, while the second suspect is reported to be in hospital after sustaining injuries.

The women’s bodies were discovered between April and August this year in a sugarcane plantation.

Cele was addressing a large crowd outside uMzumbe Magistrate’s Court where the two suspects were due to appear today.

He says, “There was a pointing out yesterday (Sunday). The suspect pointed out two scenes, crime scenes and today (Monday) he was going to come to point again and that did not happen now because the man is late but he has confirmed to say actually there are more people that himself he has been involved, even more than the five people that are here. I just really felt bad because not necessarily for him but for the fact that we will never know, dead man tells no tales.”

Cele also says the second suspect was linked to the crimes by the suspect who committed suicide.

“But it would have been nice to hear from him because clearly our case was almost solid, we would know what happened, we continue to investigate. We have put more police and all that, hence, we say the investigation is not going to be stopped until we find the reason why he died and how are other people that have been found, issues raised so that we finalise, we are not going to withdraw investigation until we reach everything. The remaining suspect was linked by the deceased and he will be part of the investigation going forward,” says Cele.

#sabcnews
Community members are protesting outside Umzumbe Magistrate’s court where suspects who were arrested in connection with the discovery of the women’s bodies are set to appear. pic.twitter.com/buK8yFAYeY

The community of uMthwalume on the KwaZulu-Natal south coast turned out in their numbers at the uMzumbe Magistrate’s Court where the suspects were to have appeared.

Community mobilises support for families of victims of uMthwalume killings