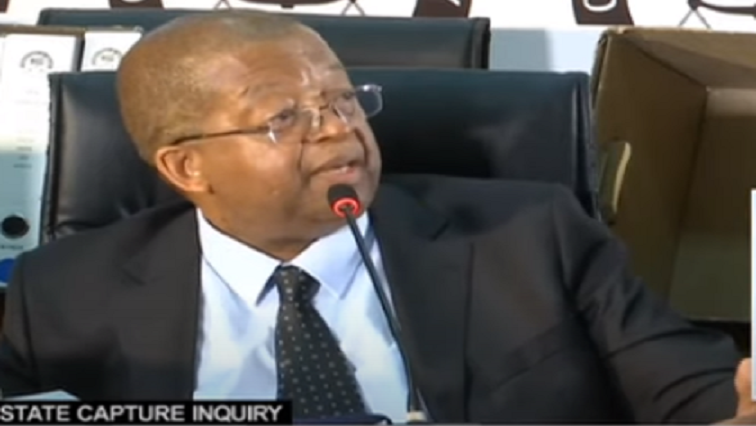 Head of the Free State’s Department of Human Settlements Tim Mokhesi has told the State Capture Commission that, in hindsight, he should not have entered into what he described as a “commercial property investment” with Blackhead Consulting Director Edwin Sodi. Mokhesi was explaining why Sodi paid R650 000 for a property in which Mokhesi currently lives.

Sodi was one of the service provider who received R230 million from the department for a 2014 project to assess and audit low cost houses with asbestos roofs.

Asked whether he thought the transaction was ethical, Mokhesi says he should not have entered into the commercial transaction.

“It was a commercial transaction. My trusteeship was declared. I had no intention of hiding that transaction; it is auditable or traceable and one wanted to keep it on that particular level so that you deal with it in case anything happens. I contributed substantially, more in that particular transaction, but maybe in hindsight, maybe I shouldn’t.”

Mokhesi has concluded his testimony before the Commission. Earlier, he said the department did not get full value for the R230 million it paid for the assessment and removal of asbestos from low cost houses in 2014.

Tim Mokhesi says more could have been done to ensure money was better spent in the Free State Housing project:

The project saw only an assessment conducted by joint venture Blackhead-Diamond hill, which sub-contracted the work to Mastertrade and Ori Limited for R21 million.

Mokhesi said that the work was, however, not done.

“The department probably did not get value for money. Without putting an amount and this amount will be the outcome of the inquiry at this stage, to say ‘this is what we think’ and obviously the department based on that evidence, will then have to right back what was not deemed value for money and trying to cover it. I think that may be the normal process.”