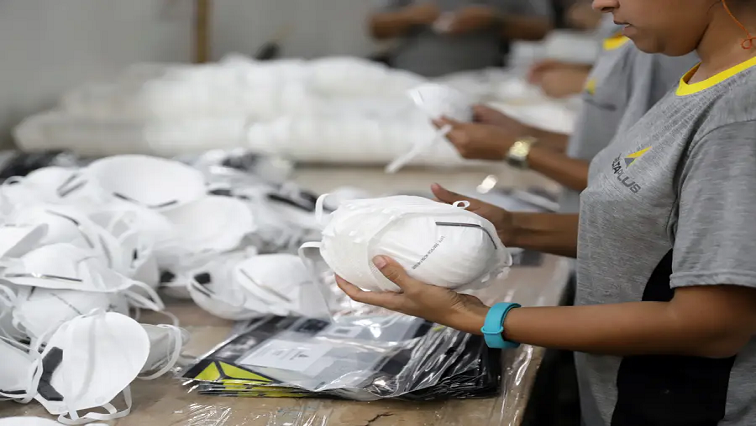 The office of the Public Protector will be liaising with the Limpopo Department of Education to discuss ways to ensure that the procurement of Personal Protective Equipment supplied to schools is decentralised to individual schools.

Teachers at the school informed her that masks that were supplied to the school in June are worn out. They also informed the Public Protector of a shortage of classrooms to enable efficient rotational timetables.

Mkhwebane says it is concerning that neither the school governing body nor the principal was involved in the procurement process.

“The masks, which were provided, are of poor quality, the principal was not involved in the procurement of that. How do you decentralise to a level where the principal and the communities are involved. It is not impressive at all, yes the principal has tried within his capabilities but if you have systematic challenges like this there is a lot to be done but we will try to intervene and change where we can change and we will work together with them.”

Procurement system in the spotlight

The public procurement system has been in the spotlight with allegations of corruption levelled against some government officials. Society stakeholders are calling on the government to rid the system of corruption.

Civil society group Corruption Watch has written an open letter to President Cyril Ramaphosa and Finance Minister Tito Mboweni asking them to ensure the speeding up of the process to enact the Public Procurement Bill into law.

The Bill is currently in Parliament for consideration. However, the group says it has loopholes that need to be addressed.

Corruption Watch Executive Director David Lewis says they want the government to show decisive leadership in the fight against corruption.

“Corruption Watch and the Public Affairs Institute have this morning (Tuesday) sent an open letter to President Ramaphoa and Minister Mboweni concerning the questions of public procurement. We believe that with the current controversy around the current COVID-19 procurement corruption and the commitment to tighten it up to prevent further corruption there is a golden opportunity to reform the procurement system as a whole.”

How does the tender system work?