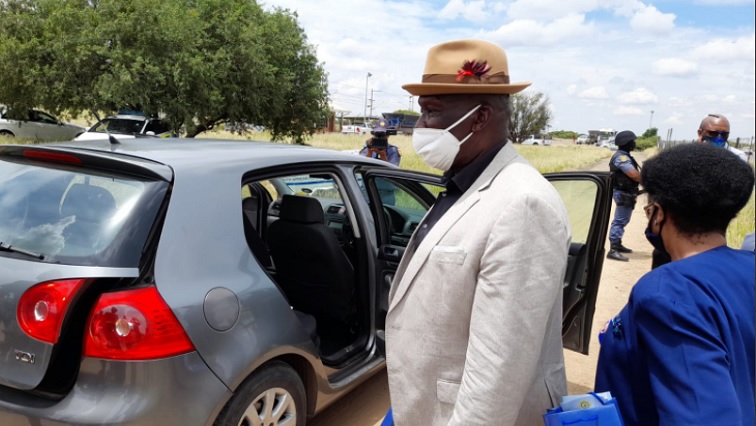 Police Minister Bheki Cele has repeated his call for police to take a hard line against crime. Cele is in the Northern Cape to launch the Safer Festive Season campaign.

#PoliceMinistry Minister and entourage conducting a walkabout at Diamond Pavillion Mall in Kimberley as part of #SaferFestiveSeason operations. He interacted with shoppers, wishing them a safe festive season and encouraged them to comply with #COVID19 management regulation. NP pic.twitter.com/sWNVblxTVn

Meanwhile 4 suspects, arrested for the murder of a Pietermaritzburg farmer, are expected to appear in the New Hanover Magistrates Court. It is alleged that the suspects attacked the 85-year-old farmer with a bush knife.

The farmer died on the scene. Police spokesperson Thembeka Mbhele says, “The suspects entered of farm in Ottos Bluff in Cramond and attacked an 85 year old farmer he sustained an open wound on his head and was declared Dead on the scene the suspects fled the scene after the incident nothing was taken from the house a case of murder was eventually opened for further investigations at Cramond police station the dockets was been allocated to the provincial organised crime unit who took over the investigation four suspects were arrested in Cramond area and a bush knife suspected to be used in the commission of the crime was found in the suspects possession.”

Minister Cele says police are affected by the coronavirus as frontline workers with more than 19 000 police members infected by the virus. Close to 300 police officers died from COVID-19, he added.

“COVID is really bad but somewhere, somehow it has really helped us. It has given us space to breath in-terms of crime. It’s bad in such a way that it has killed 295 of our own. Those are the police we have lost and more than 19 000 of them have been infected. So, we are on the frontline. It’s important that we remember that we are on the frontline and ourselves must behave the best.”

South Africa is in the second wave of the virus.  A new variant of the variant has been identified in the country: