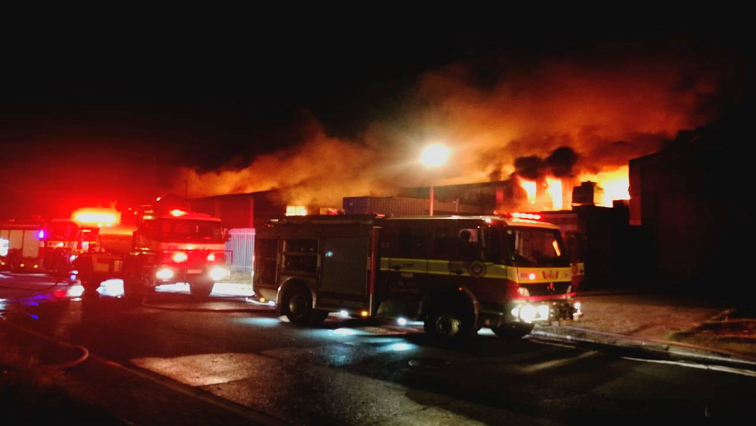 The cause of a factory fire is under investigation following a blaze which gutted three buildings in Milnerton in the Western Cape.

The fire started on Saturday night at the Starflex Plastics factory.

No injuries were reported.

Spokesperson for the City’s Fire and Rescue Services, Jermaine Carelse says the cause of the fire is still unknown.

“In total, 13 fire fighting appliances and 52 staff members managed to contain the fire just after four, crews are still monitoring the area for any flare ups that may occur, no injuries were reported and the cause of the fire is still unknown.”

Three buildings have been gutted overnight at a factory in Killarney Gardens in Milnerton. Firefighers of the City of…