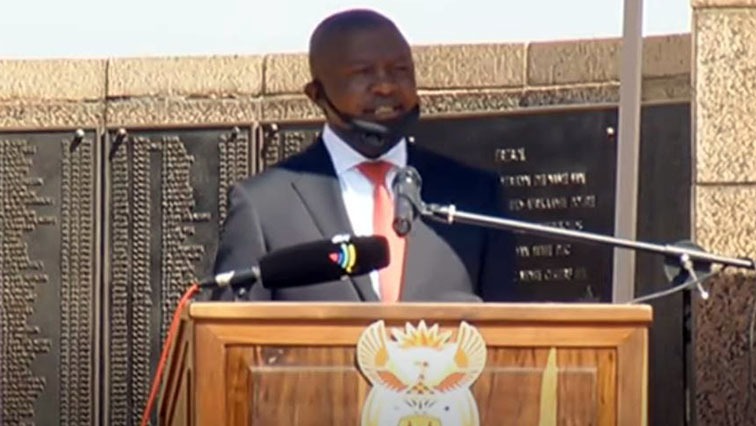 Deputy President David Mabuza has expressed deep concern over the killing of police officers while in the line of duty by the very people they protect. Mabuza was speaking at the National Police Commemoration in Pretoria.

On this day, police officers who were killed in the line of duty are honoured. This year is taking place at a time when COVID-19 has claimed the lives of at least 195 officers and the coronavirus has infected more than 15 000 others.

Mabuza says police officers must uphold the law and defend every citizen from harm.

He says police officers are vital agents of peace, security, and social stability to ensure that every woman and every child can walk freely in the streets without fear of being raped and murdered.

“It remains of serious concern that police officers are killed by suspects resisting arrest, while responding to complaints, effecting arrests, in stop and search operations, and in vehicle accidents and are sometimes murdered for their firearms. These departed members of our police have paid the ultimate price so that you and I can enjoy the safety and security and freedom that their protection provides.”

Meanwhile, Police Minister Bheki Cele says an attack on a police officer is tantamount to treason. He says 40 police officers have died in the line duty in the past year.

“I will continue to be loud and say any attack to a police officer is a direct attack to the authority of the state and it should be regarded as treason.”