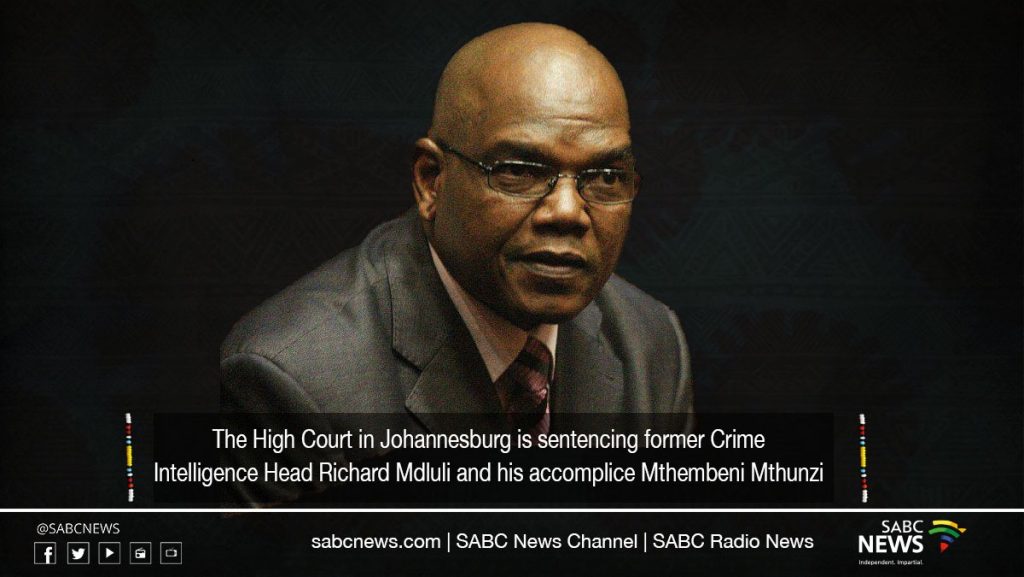 The High Court in Johannesburg continues sentencing procedures in the case against former Crime Intelligence Head Richard Mdluli and his accomplice Mthembeni Mthunzi on Tuesday.

The case relates to the 1999 murder of Oupa Ramogibe, who allegedly had a relationship with Mdluli’s customary wife – Tshidi Buthelezi. In July last year, Mdluli and Mthunzi were found guilty of kidnapping and assault as well as four counts of intimidation.