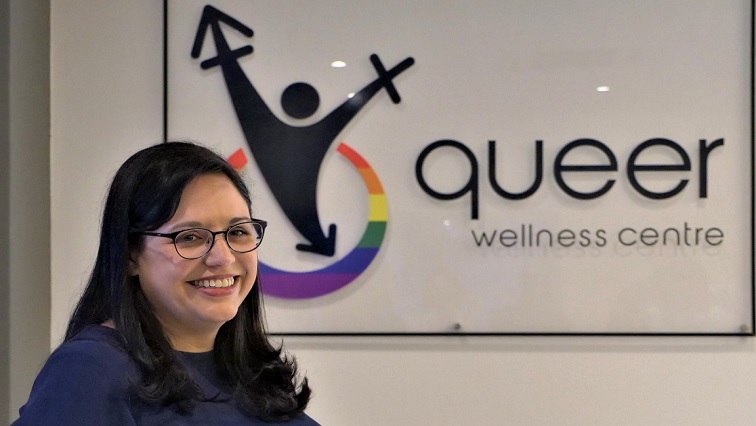 Section 9 of the constitution states that no one may be discriminated against based on, amongst others, their sexual orientation. However, 26 years into democracy, members of the Lesbian, Gay, Bisexual, Transgender, Queer, and Intersex (LGBTQI) Plus community still face discrimination when visiting health facilities across the country. Some of this discrimination is experienced at the hands of health professionals.

Transman Sage Yeni says he constantly has to prove his gender when visiting health facilities.

On Monday,  Yeni visited a health facility in Cape Town and was accused of fraud because he could not, according to the nurse, prove that the medical aid and the identity document he provided belonged to him.

In the audio below, Sage Yeni, says the nurse threatened to call the police:

Hate Crime Manager at OUT LGBT Well-being, Roché Kester says Yeni’s situation is not unique to him.

“The health care system in general. We find that nurses and doctors are not really sensitised enough on LGBTQI issues. So, a lot of the time there are a lot of things like ‘misgendering’, especially when it comes to trans individuals. Sometimes, the ID document and the patient’s appearance in reality differ. So, this sometimes causes huge speculation amongst nurses. Furthermore, there is also a matter of secondary victimisation that occurs, especially in instances of ‘corrective rape’ when women do go and report a rape to J81 centre, sometimes they are asked questions that are intrusive, that are inappropriate.”

In the audio below, Hate Crime Manager at OUT LGBT Well-being Roché Kester, says access to medication for transgender people is also a challenge:

In order to mitigate some of the challenges that members LGBTQI+ community are facing, a group of doctors has launched a health facility in Illovo, Johannesburg. The Queer Wellness Centre (QWC) offers medical services specific to the needs of the LGBTQI+ community.

One of the founders, Dr Claudia Do Vale, says sometimes it is not easy for members of the LGBTQI+ community to open up about their medical history and their conditions because the medical sphere is structured in a heteronormative way.

In the audio below, Dr Claudia Do Vale, says the QWC will allow the community to be open to discuss their health issues:

In the video below, Dr Claudia Do Vale speaks about  health concerns for the LGBTQI+ community  including anoscopies and kidney-related issues around PrEP treatment:

Kester says government and society need to do more to ensure that health facilities are discrimination free.

” Civil society has to do its part in creating safe spaces and  health facilities that are accessible to LGBTI people so that when they go to that kind of the facility they know that the nurses are sensitised, they are not going to be asked inappropriate questions , that there is a major of understanding about sexual orientation, gender identity. …But in the same breath  it is also necessary to ensure that there is not a marginalisation of LGBTI people in our society, for that reason health practitioners across the board need to be trained in a manner to be sensitive to the LGBTI issues.”

The Department of Health was not available to comment on how it is working to deal with these issues.

Meanwhile, the murder of members of the LGBTQI+ community remains a concerns. Below is an infographic of the murders since December 2019: