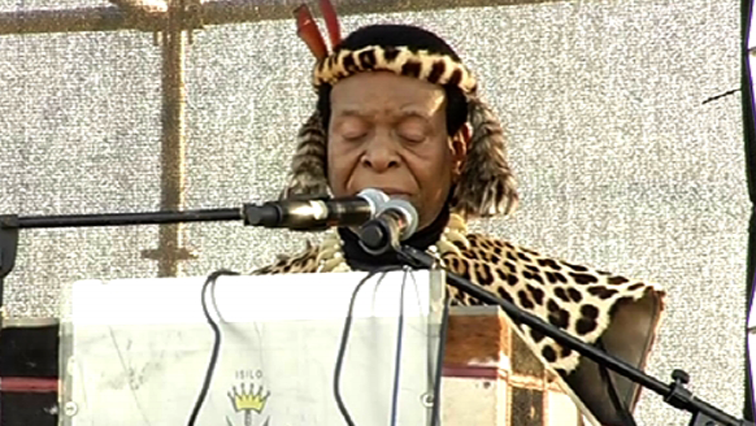 AmaZulu King Goodwill Zwelithini has signed a pledge to fight the scourge of Gender-Based Violence, child abuse and human trafficking as the country observes 16 Days of Activism. The King was speaking at the launch of a non-profit organisation, The Mercy and Peace Foundation, by the international charity, The Muslim World League.

Zwelithini says public-private partnerships are necessary to fight the scourge of Gender-Based Violence.

“The women of South Africa must rest assured that I am on their side. I’m prepared to protect them till the last drop of my blood. Those who kill women are killing South Africa and the African continent at large. I own this war and all those who regard themselves as good citizens should own it. So, I’m looking forward to all of us collaborating to eliminating the scourge of Gender-Based Violence.”

Women march against GBV and for economic inclusion

On Friday, scores of women under the movement known as Women of South Africa, delivered a memorandum at the offices of the Limpopo Economic Development Agency (LEDA) in Polokwane. The women chanted outside the agency, demanding inclusion in the mainstream economy and business opportunities.

The women in the march, organised by Women of South Africa (WOSA), demanded to be empowered economically.

ANC National Executive Committee member, Makoma Makhurupetje said cases of GBV are prevalent due to a lack of economic opportunities for women.

“As women, we feel that Gender-Based Violence is perpetuated by the fact that women are not included on issues of economy and we demand that women must be given an opportunity on issues of the economy. The Limpopo Development Agency is in charge of mines in Limpopo. It is in charge of other areas where they are supposed to be including women, where they are supposed to be supporting women who want to start businesses.”

“I can say criminalisation of sex work in South Africa is killing us sex workers and regardless of the fact that sex work is criminalised but us, we say sex work is work because sex work pays our bills. Because of high unemployment, we chose to be sex workers,” said Sweat spokesperson, Josephine Malema.

The women gave LEDA a week to respond to the demands contained on the memorandum.