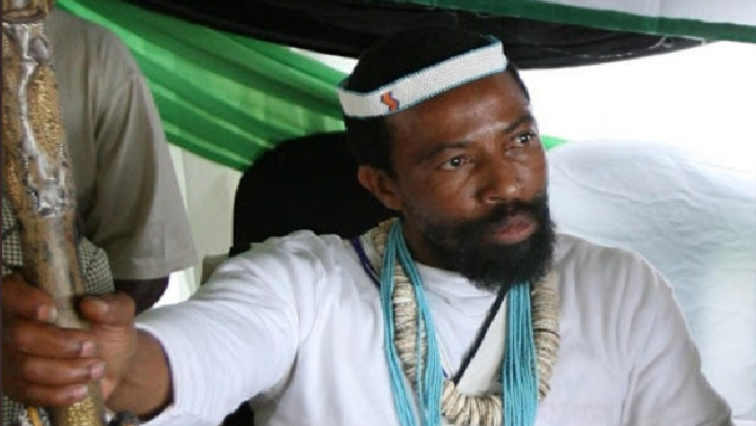 Abathembu king, Buyelekhaya Dalindyebo has accused government of fueling divisions between himself and his son Prince Azenathi Dalindyebo. His son has been acting since the king was jailed for assault, kidnapping and defeating the ends of justice. But he was released on parole last year after qualifying for a remission of his 12-year sentence announced by President Cyril Ramaphosa.

King Dalindyebo says the provincial government is continuing to recognise his son by paying his monthly salary even when the rightful king is back.

Earlier this month, he made headlines when he allegedly stormed the Bumbane Great Place.

His Spokesperson Mthunzi Ngonyama says there is a plot against the king.

“I have been saying that everybody who has been released from parole is encouraged to go look for employment. In his case, they could not go and say to the king that he must look for employment. While he was waiting for them to leave they had a meeting. Then they started calling the media saying that because the king is still under parole, ‘we think that he would have to report back to the police all the time. We do not think that he is fit to assume his duties immediately until this issue of presidential pardon is cleared.’ Now, we ask where is he taking this from? He has not met with his father, one! Two, he has not seen the parole conditions. How can he take such serious steps without verifying with his father?” says Ngonyama.

Cogta MEC Xolile Nqatha says the king cannot take up his position until he gets a Presidential pardon.

“As things stand now, the King … King Zwelibanzi … he cannot assume that responsibility until all those legal matters are cleared. As to who is appointed to take the position, whether they decide to allow the current acting King to continue or take another decision, it is up to the royal family as provided by their own culture and traditions,” says Nqatha.

In this video below, a member of the family explains the circumstances surrounding Abathembi King’s arrest::

Following his arrest King Dalindyebo was released on a warning after appearing at the Magistrate’s Court.

The infographic below list the crimes King Dalindyebo committed: