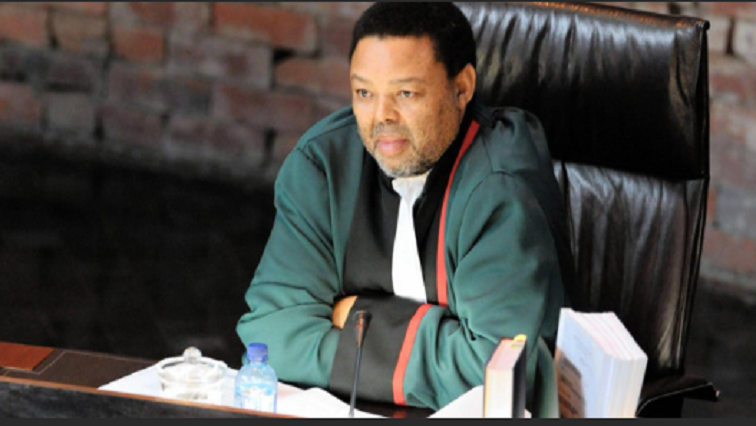 Western Cape Judge President, John Hlophe, has again disputed claims that meetings he had with Constitutional Court judges in 2008 had been to influence them to rule in former President Jacob Zuma’s favour in a matter that was before them.

Hlophe has been testifying at the Judicial Conduct Tribunal underway in Kempton Park, east of Johannesburg. It is hearing charges of gross misconduct levelled against him.

The Western Cape Judge President is accused of trying to influence Justices Bess Nkabinde and Chris Jafta when he met them individually on different dates 12 years ago.

Justice Jafta has told the hearing that he didn’t lodge a complaint against Hlophe, following their 2008 meeting because he didn’t believe there was a basis for a complaint. But the complaint had eventually been filed by the full bench of the Constitutional Court.

Justice Jafta says he considered the conversation with Hlophe to be innocent and that they’re friends who met and talked about a variety of issues. He says they didn’t discuss the merits of the Zuma matter and that he understood Hlophe’s position to be that of emphasising his faith in the Apex court.

“Here is the judgment of the Supreme Court of appeal, which if I recollect in his own words, had gotten the law incorrectly, so in that context I understood it to mean, the Constitutional Court as the highest court, will have to put right, that which was wrong in the Supreme Court of Appeal,” he said.

Justice Jafta says he doesn’t consider himself a complainant in the matter, but his former colleague, Justice Bess Nkabinde, has a different view. She says she immediately snapped when, during their meeting, Hlophe started talking about Zuma’s case that was before the Apex court. Justice Nkabinde says she initially felt that Hlophe was overstepping the mark.

“My evidence is that Judge President was trying to influence the decision, taking into account all these factors, that he was remarking about, put together, cumulatively, I then thought that he may be trying to influence the decision of the court. He did not influence me as I said, I snapped and immediately rebuffed. And on this issue of privilege, we ended the matter there when he said no my sister, I did not intend to interfere with your work.”

Evidence leader, advocate Ivy Thenga, isn’t also convinced that Hlophe’s meetings with Justices Nkabinde and Jafta had been innocent. Thenga put it to Hlophe that he had a burning desire to influence the judges before they delivered their verdict in the Zuma matter.

The tribunal has adjourned till Friday.