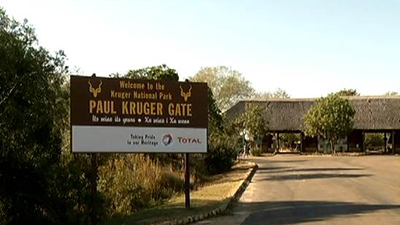 Human remains believed to be that of a field ranger that went missing at the Kruger National Park have been discovered at the park. The discovery is said to have been made not far from where the 51-year-old field ranger was last seen by his fellow colleague a month ago.

It has been a devastating time for the family since Checkers Mashego went to work and never came back. Mashego was reportedly on routine patrol along the Nsikazi River when he went missing. He has been working at the park as a field ranger for years. Family spokesperson, Eldah Ngutshane, has confirmed that the family has been informed of the discovery of human remains. She says the family can only wait for the DNA results. She says all they want is closure.

“It will be better to find his remains than searching without success so that we can give him a proper burial in accordance with the family tradition.”

Meanwhile, the community of Mdlankomo launched a massive search for Mashego after his disappearance. The leader of the search mission in the community Happy Ngwenyama says they will continue to follow any lead.

Spokesperson of the Kruger National Park, Ike Phaahla, says other items used by field rangers were also recovered at the scene.

“The items that are believed to be belonging to Checkers Mashego who went missing in the same vicinity a month ago, the family has been informed of the development and is being supported, investigation teams from the SAPS and SANPARKS environmental crimes investigation unit are combing the area for any possible clues to assist them in their investigations, the human remains have been taken in for DNA analysis.”

The Kruger National Park added that a probe on what has actually transpired is in progress to reveal details about how the victim disappeared.