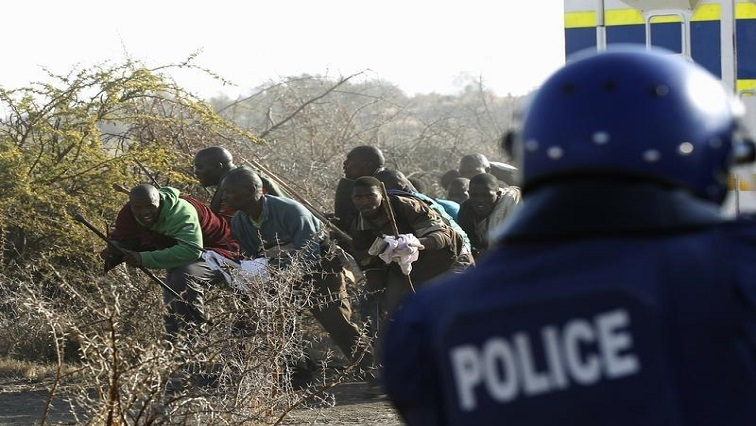 Head of the Detectives in the North West, Gideon van Zyl, who was deployed during the Marikana massacre in August 2012, says he knows nothing about the charges of defeating the ends of justice levelled against him.

Van Zyl was giving testimony in the Mahikeng High Court regarding his role in the detective unit when 34 striking mineworkers at Lonmin were killed by police.

The court has begun unravelling the details about the 10 people who died during the three days prior to the Marikana shootings on 16 August 2012.

Earlier this week, former North West Deputy Police Commissioner, William Mpembe, denied having prior knowledge about the body of Modisaotsile Sagalala, which was found inside a police truck at the height of police confrontations with mineworkers in Marikana. The police allegedly failed to report his death while in police custody

Mpembe was the overall commander of Joint Operations Centre at the time.

Van Zyl also testified that he was not even at scene one or scene two at the Koppie, were altercations ensued between miners and the heavily armed police. Police were pleading with miners to hand over their dangerous weapons.

Meanwhile, another accused Brigadier Dingaan Madoda has also testified that he was not involved in the Sagalala matter. Madoda told the court that they came to Marikana when about ten people had been killed.

He says he was invited by the National Union of Mineworkers. He says they had a meeting with NUM as their members were fearing for their life, prior to the killings at Buffelspruit.

The trial continues as the state is expected to cross-examine Madoda.