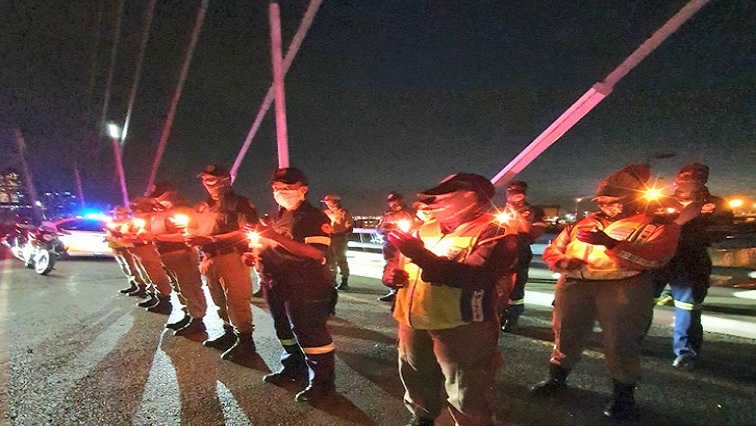 The lights of the Nelson Mandela Bridge in Braamfontein went dark as the city’s Mayor Geoffrey Makhubo lit a candle of hope in memory of the nearby 2 000 residents who have died from COVID-19 since the start of the pandemic.

The ceremony was also held in honour of the frontline workers who continue to work tirelessly to keep the city safe.

The Mayor said we are a nation in crisis, a province in crisis and a city in crisis, a crisis deeper than anyone could have envisioned.

The iconic lights of the Nelson Mandela Bridge were switched off.

For 90 seconds the bridge went silent, and the small group of frontline workers gathered were illuminated only by candlelight and the occasional explosion of colour as fireworks were ignited over the city skyline.

He said the bridge was symbolic of crossing into the new year, and reminded the residents of Johannesburg that we have overcome hardships as a nation before, and we can do it again.

Keynote address by Executive Mayor @GeoffMakhubo : prayer and candle lighting session on the Mandela Bridge in Braamfontein in honour of the COVID19 victims and frontline workers #WeServeJoburg #joburgcares ^NB https://t.co/IKsGCrMECM