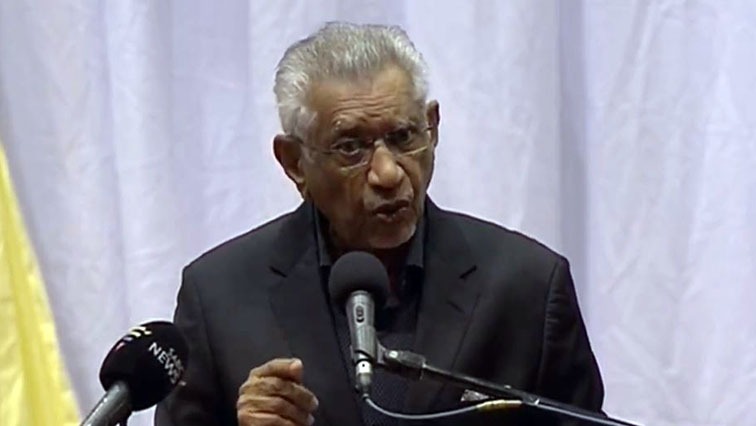 ANC stalwart Mac Maharaj and political mentor to Lieutenant-General and former Surgeon General of the SANDF Vejay Ramlakan has told mourners at his funeral service that it is a time to celebrate his life well lived, a life he devoted to the service of people.

Dr Ramlakan passed away last week from a suspected heart attack at the age of 62. He’s being awarded a military funeral at the Durban City Hall.

Speaking at the funeral service, Maharaj said Ramlakan loved life and had “a lust for life”.

Below is the live stream of Lieutenant General Vejay Ramlakan’s funeral service:

Earlier, a funeral procession led by the military personnel and police units started at the Ramlakan’s family home in Chatsworth south of Durban.

Below is the video of the motorcade from Chatsworth to the Durban City Hall: