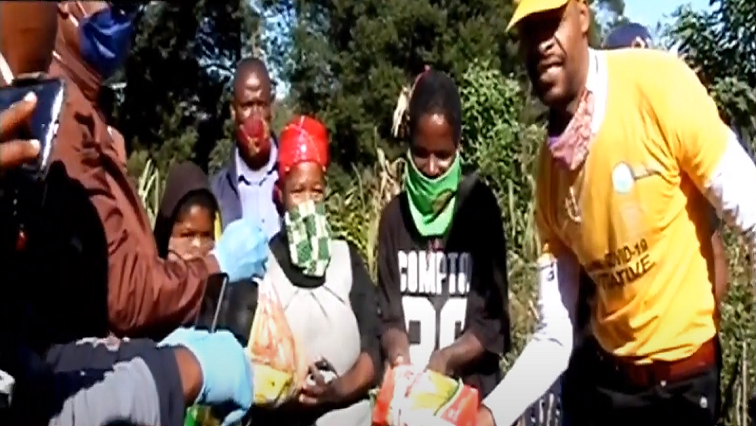 Food relief in villages of the Eastern Cape during the state of disaster still remains a major challenge, with some not having had food parcels since the start of lockdown.

Relief organisation – the Gift of the Givers has had to intervene at Quzini Village outside King William’s Town where over 250 families received food parcels to last for a month.

There were scenes of joy and jubilation as food was off-loaded from the truck.

Recipient Nozuko Siko says, “We sought help from Gift of the Givers because we live in poverty. Our parents left us with nothing as you can see. We saw that we had no other means and asked for their help.”

In the video below, Libode residents in the Eastern Cape receive food aid:

Ali Sablay, who is a project manager at the Gift of the Givers, says they had to do a quick intervention in the area as the elderly were now taking their medication on empty stomachs…

“In this community we were called after they saw our food distribution at SABC and they cried for food assistance as they had nothing. We had reports from sisters working in this area of gogos coming to the clinic to collect medication but they were not getting better. They did a survey and saw that they were taking medication on empty stomachs. That’s the cause of them not healing.”

In the video below, Eastern Cape communities use fire disaster relief model to provide food relief: