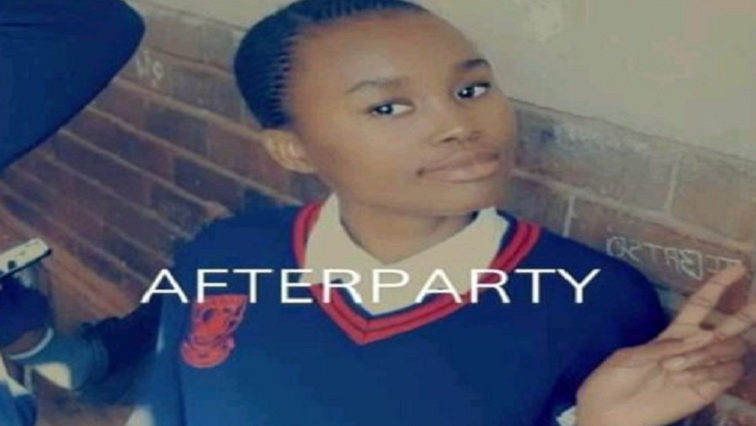 The family of 17-year-old Kagiso Kalem, who was found murdered allegedly by her 19-year-old boyfriend at Ga-Madiba outside Mokopane in Limpopo, are still distraught over the incident.

Kale’s body was discovered at her home on Thursday night with multiple stab wounds. The suspect has since been arrested.

This is #KagisoKale an 18 year old teenager from Ga Madiba in Mokopane who was murdered by her boyfriend Victor Thato at her mother’s house. It is alleged that he strangled her with an electric cable before stabbing her to death after an argument. #RIPKagisoKale #JusticeforKagiso pic.twitter.com/4c8NRIvoPw

Family spokesperson, Mavis Molomo, says they are unable to come to terms with Kagiso’s killing.

“We are in so much pain. Kagiso’s death has devastated us. Oh my God…she had qualities of a leader. She had a bright future, she was very very clever. We were still expecting a lot from her. But the devil has stolen her from us.”

Meanwhile, Limpopo’s MEC for Social Development Nkakareng Rakgoale has described the killing as senseless. She visited the Kale family on Friday.

“Firstly we want to send messages of condolences to the Kale family and also to learners from the school that she was attending. But also we came here to comfort them and also to make sure that they are going to get the support that they need.  Social workers have already visited the family, they have already gone to school as well to provide counselling. Something which will continue especially because she was the only child.”

Earlier this week, women in Cape Town protested against gender-based violence (GBV) and called on the national government to act against the ongoing killing of women and children in the country. A large group held a placard demonstration near Parliament, calling for justice.

The demonstration formed part of the national action against gender-based violence and femicide in the country.

A group of motorbike riders also joined the protest in highlighting the high rate of crime. Some of the participants say they want government to act.

“We are tired of the government not dedicating enough work, effort, funds and mind power into gender-based violence, literally the government has done nothing and now there is a police presence at this event,” said a demonstrator.

“I came to stand up for myself and the rights of other women because I’m tired of the raping, the killing of women and children,” added another demonstrator.

“It is a big problem all over the world really, especially as males as well we try our best to suppress and say it doesn’t exist, but you can’t do that, that’s why I’m fighting for their rights to live,” says a male demonstrator.