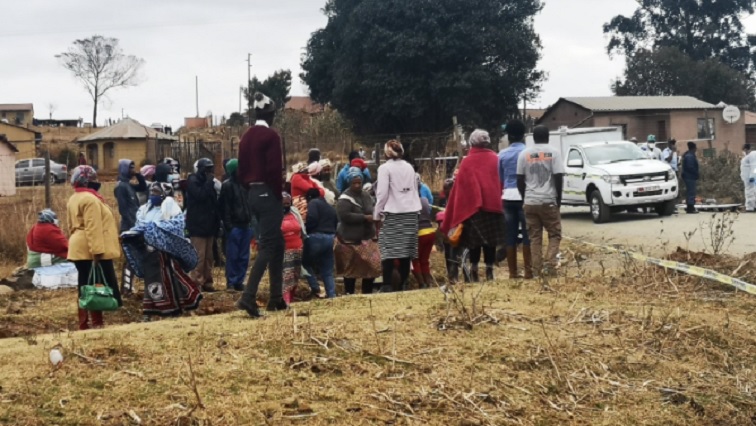 It’s emerged that the alleged family feud that claimed eight lives earlier this week at Taylor’s Halt outside Pietermaritzburg in KwaZulu-Natal, has been ongoing since 2010.
This has been revealed by a relative who spoke to SABC News on the condition of anonymity.
On Wednesday, eight people were shot dead in two separate incidents.
This family member says police only responded to her calls for help hours later. She says she is now on the run, fearing for her life.
“A neighbour called me and told me they were shooting at that house. I called from 8pm to 11 and no one came out. The police are also involved because the station is 15 minutes away to the house even the police didn’t help. In my opinion, even the station should be closed.”

#sabcnews #sabckzn Emotions are high at Taylors Halt outside Pietermaritzburg where three men have been shot and killed. Motive for the attack is unknown. pic.twitter.com/43TAVpCmev

KwaZulu-Natal police spokesperson Jay Naicker says a special task team has been established to investigate the murders.
“We not aware of this as I know the incident was attended to. That was not brought to our attention. We are glad that the Department of Community and Safety Liaison will be intervening to hear the concerns of the family and hopefully resolve this conflict. Additional deployments have been put in the area to assist the police station to bring this matter under control especially, in dealing with the criminality in the area.”
Police to investigate mass killings at Taylor’s Halt, KwaZulu-Natal: