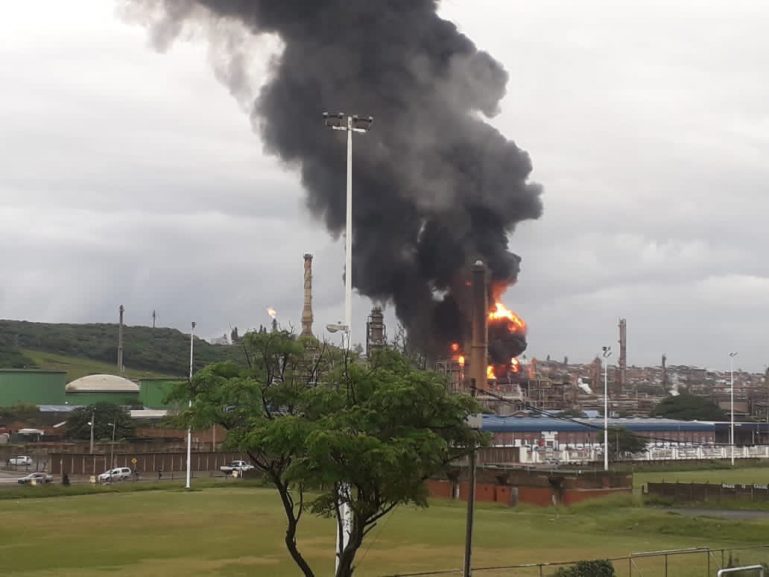 There has been an explosion at the Engen oil Refinery at Wentworth, south of Durban in KwaZulu-Natal.

A video has been circulating on social media networks since just after 7:00 on Friday morning showing a large fire within the refinery precinct.

Residents from Wentworth and surrounding areas have also taken to social media to confirm hearing a loud explosion.

Durban – A massive explosion has taken place at the Engen Oil Refinery in Tara Road, south of Durban on Friday morning.

Security companies are also responding to the Wentworth area to assist residents who have been affected by this morning’s explosion.

He says the families of employees at the refinery are also currently arriving at the scene. “There’s an unconfirmed amount of staff members injured in this. There’s a whole lot of paramedics and rescue services on scene. PT Tactical unit is also helping to assist cordon off the area, also where concerned residents are hysterical due to members of family working in the refinery. Unfortunately, we not getting any reports of how many are injured and how many fatalities in the refinery. There is a whole thick cloud of smog that is in the air.”