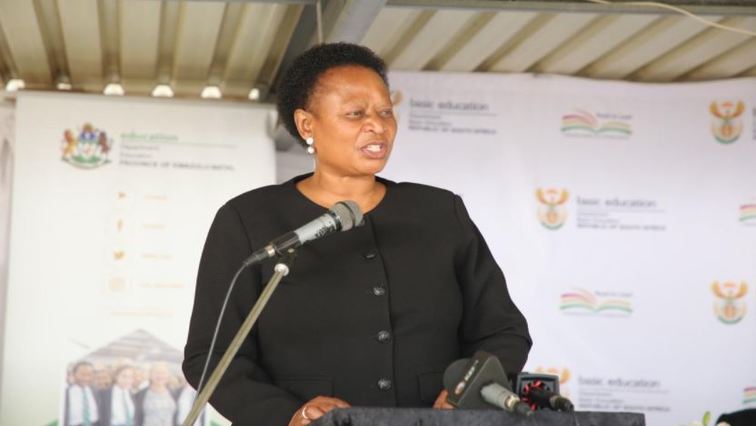 Basic Education Deputy Minister Reginah Mhaule says the department is doing all it can to make the needs of learners in all special schools in the country its priority.

Mhaule was addressing the media during the handing over ceremony of 15 buses to learners with special education needs at the Scholar Amoris Special School in Umzinto on the south coast of KwaZulu-Natal.

Mhaule says it is important for such schools to be properly equipped. “We have a tendency of saying their devices are expensive. But if we start with them, it will make the department to make sure it caters for all the learners. We want to congratulate the proving of KZN because when coming to learners with special needs they take it very seriously that is over more than 400 schools in South Africa they take 70 plus schools in the province of KZN,” says Mhaule.

The department has also handed over wheelchairs to Grade 12 learners.

@DBE_SA Dep Min @ReginahMhaule & @DBE_KZN MEC @MshenguKwazi handed 15 buses & a further 20 buses will be procured within this financial year. +-1300 learners with special needs will benefit from the provision of these buses. pic.twitter.com/xEyZu9wxlJ

“We have 74 schools. We want to make sure that by next year, all the schools at least they have busses that will transport these learners to the school. We will also roll the assistive devices. Probably before the end of the year, we will unveil e-learning package that is aimed and designed for learners with special needs,” says Mshengu.

Mshengu says they will start building full-service schools where there will be a section for learners with disabilities in an inclusive school.

Mshengu says inclusive schools will be prioritized in their infrastructure development programme.

“The aim is to ensure that we engender the culture of living together, of tolerance and of inclusivity. We want to engender this to our learners at a very young age do that they grow knowing exactly that they are equal they are all human beings. There is nobody who is subhuman, we want to engender that culture at the school level so that as they grow up and become elders in society at least we don’t have to deal with a situation where disabled people are treated as charity cases,” says Mshengu.

Mr @MshenguKwazi accompanied by @ReginahMhaule this morning handed over 15 specialised buses to various schools in KwaZulu Natal. The specialised buses cater for disabled learners and will be distributed to identified schools in the province #KZNEducation @DBE_SA @Disability_SA pic.twitter.com/sAdDVagZnK