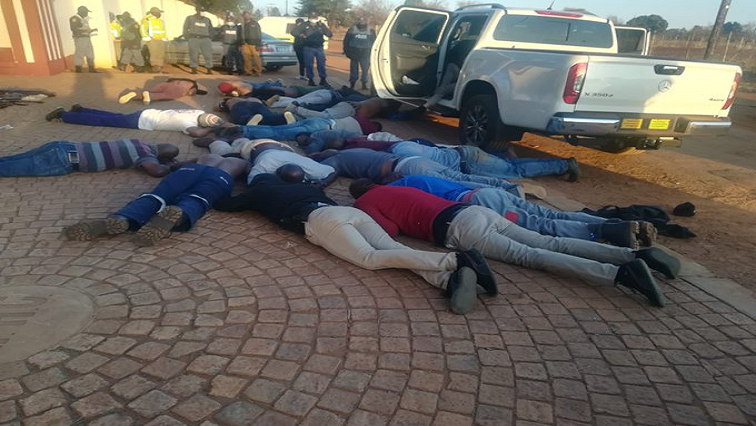 The Commission for the Promotion and Protection of the Rights of Cultural, Religious and Linguistic Communities (CRL Rights Commission) says it will attempt to bring the two warring factions of the International Pentecostal Holiness Church together in an effort to resolve their differences.

This follows the killing of five people after about 50 others stormed the church’s headquarters in Zuurbekom, west of Johannesburg and held members hostage, on Saturday. More than 40 people have been arrested so far.

CRL chairperson, Professor David Mosoma says, “The CRL Commission will in the next few weeks attempt to bring the warring factions together to try to find a way forward. We have been insisting on this particular issue for some time but we have had challenges of either one of the factions not attending our meetings. But I think we will use all our instruments which lies under our mandate to make sure that each and every person in the warring factions really participate and seek to arrive at an amicable solution.”

National police spokesperson Vish Naidoo says those arrested include law enforcement officers. He says four people were found shot and burnt in a car, while the fifth victim, a security guard, was fatally shot in his car.

Police also rescued men, women and children said to have been living in the church compound. Police are now investigating the possibility that the attack may have been motivated by a feud between conflicted parties in the church.

Naidoo says six of the arrested were wounded and taken to hospital.

“We’ve arrested over 41 suspects including six who have been taken to hospital, purportedly after suffering injuries and gunshot wounds. We’ve also seized over 40 firearms including rifles, shotguns and handguns. Among those arrested are members of the SAPS, Johannesburg Metro Police and Correctional Services. We are investigating certain theories. When the attackers arrived, they indicated that they have come to take over the premises because there is an existing feud between conflicting groups in the church,” explains Naidoo.

The leadership of the International Pentecostal Holiness Church (IPHC) in Zuurbekom, west of Johannesburg, has called on courts to play their part in ensuring that the leadership battle in the church is resolved.

The church, one of the biggest in Southern Africa, has about three million members.

A church member, who also serves as a security marshall and witnessed the incident, says, “Around after 12, we heard gunshots from the outside. We were inside. I’m a security marshal. I ran towards the gate. When I got to the gate I saw cars parked. In my mind, I thought of alerting others that we were under siege. I ran with the siren speaker to the Whitehouse to alert security. Within seconds, I saw over 10 gunmen. I ran and never looked back.”

In the video below, the SABC News reports on the kidnapping and shooting incident at the International Pentecostal Church that claimed five lives: