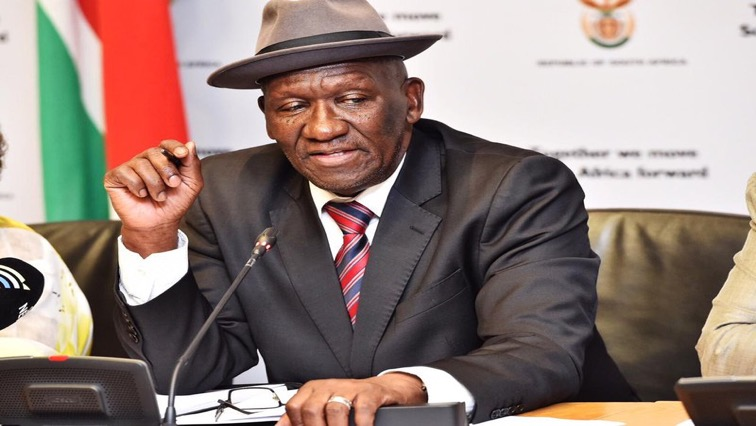 Police Minister Bheki Cele says criminals have waged war against the police and should be met at that level. This as four police officers died in a space of a week in the country.

— Yanga Fe. Sergeant Mzoxolo Gxotani, died in a hail of bullets while attending to a Cash in Transit crime scene in Port St. Johns on Monday.

Two suspects linked to the crime have been arrested.

Cele says when police are engaged in an exchange of fire with criminals, criminals should be the ones killed; not police.

“To be around four dead police in one week, that tells you that criminals have declared war against police. That’s why I have called on the police that they must really take the challenge so that we don’t come every weekend to bury the police. If criminals engage the police, when they disengage, we shouldn’t be the ones picking up more bodies of the police. Police should be picking up the bodies of criminals.”

Meanwhile, Spokesperson of the Gxotani family, Phumela Gxotani, says they are distraught but pleased suspects have been arrested.

“We feel sad about it, but at the same time, we are glad that they have found others. But to catch them or to find them won’t bring my brother back.”