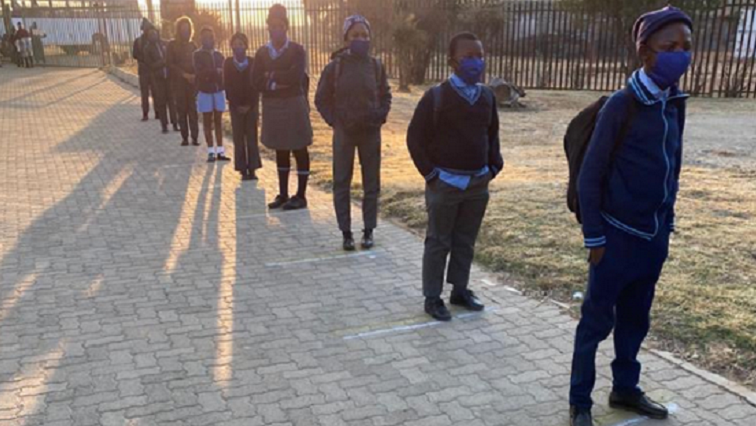 The Congress of South African Students (Cosas) in Limpopo says it rejects the resumption of all school grades from Monday as part of the 2020 academic year. Provincial chairperson Skhalo Mahladisa says the department has rushed the process to reopen schools.

Other stakeholders in the province, including teacher unions, have expressed similar concerns.

“The Congress of South African Students in the province of the North rejects the ideal the return of other grades, instead, we are saying at least grade eleven and grade six must come back to school, due to the lack of infrastructure in our schools because we have been treating schools as an environment of learning and teaching but if we can have learners that will not be accommodated then that on its own is a crisis. The department must not be in a hurry.”

In the video below, Cosas adamant that schools must remain closed:

Meanwhile, the Department of Education spokesperson in Limpopo, Tidimalo Chuene says all systems have been put in place for the reopening…

“The Limpopo Department of Education is happy to welcome other grades to school. It is important that they get introduced to standard operating procedures for the management of COVID-19 in schools. Some learners have already started getting an orientation on the new normal and the rest of the week will be used to continue with orientation for those who are new to the practice. We have stocked enough COVID-19 essentials for learners, teachers and supporting staff at schools, and distribution towards circuit areas has been finalised.”

In the video below, the readiness of the education sector to reopen schools:

However, Cosas says it is not ruling out the possibility of interrupting plans for the reopening of schools.

Learners have been away from school for five months due to the COVID-19 pandemic.

Nine grades are expected to join Grades Seven and 12, who have already returned to school.

Cosas had previously called for only matrics to return to school and complete the 2020 academic year.

“As the Congress of South African Students, we did mention that we do not want grades 11 going going back to school. And as Cosas you know we take radical steps if we need to make sure that our call is being heard, we will meet to discuss how we are going to go about mobilising.”

In the video below, the reopening of schools safety and precautions:

Meanwhile, the Professional Educators Union (PEU) has accused the Basic Education Department of failing to consult unions before the reopening of schools.

The PEU says the majority of schools in rural areas are still facing challenges that persisted during previous levels of the lockdown.

“It is within the policy that they should consult us so that we can discuss issues that are related to the education of the children, we are not confident because if you can see even at some schools now the issue of social distancing is no longer adhered to. It is a problem because the department is not coming to the party, the department is not assisting schools they are still experiencing problems especially in terms of human resources.”

In the video below, Minister Angie Motshekga briefs the nation on schools reopening plan: