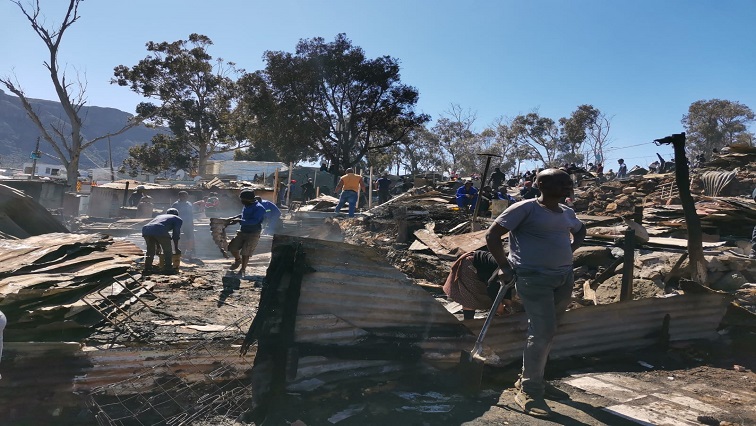 The City of Cape Town says it is providing around the clock assistance to the fire victims at Imizamo Yethu informal settlement in Hout Bay.

More than 260 structures were destroyed when a fire broke out in a recently electrified part of the informal settlement.

As seen in the video below, hundreds were left homeless after the fire swept through the informal settlement:

The city says the verification of the fire victims for the distribution of fire kits has been completed.

The site is now being cleared but due to the steep and rough terrain, the debris has to be carried by hand down the mountain to trucks that will cart it away.

The city says it will therefore take some time to complete.

The City has again implored residents and the community leadership not to rebuild structures before the necessary access ways and firebreaks are in place.