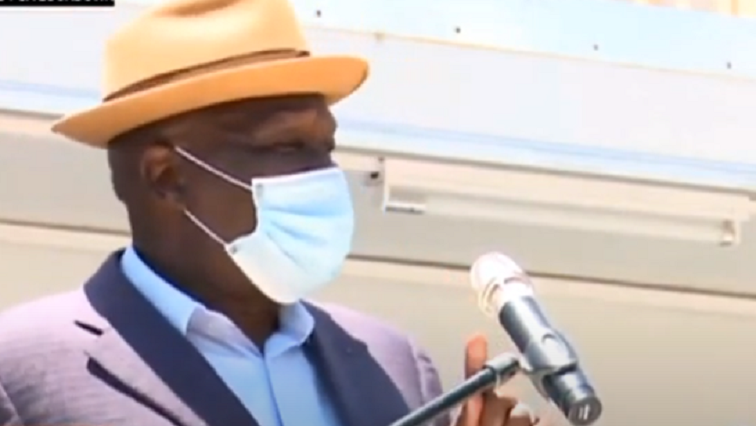 Police Minister Bheki Cele has sent a strong warning to law enforcement officials not to turn away women who claim to be facing Gender-Based Violence.

Cele was speaking during his visit to Bloemfontein as part of the festive season’s Operation Tight Safer inspection.

Police Minister, Bheki Cele & his deputy Cassel Mathale have arrived in Bloemfontein to monitor police festive season operations and compliance to lockdown protocols. They are expected to visit taxi ranks and malls to engage with communities. #sabcnews #SABCFS pic.twitter.com/gIUrn4UWDZ

He says SAPS members should not tell women to go back home and negotiate with their abusers.

“When a woman comes to report at the police station, there should be not a single member of the SAPS that will tell that woman to go home and negotiate. You are not negotiators. Any man who abuses a woman is not a man, he is a half-man. You don’t tell that woman to go home to negotiate. She will come back for a second time to say ‘but I can’t stay at home, this person kicks me around.’ She won’t come back for a third time because she will be dead.”

Cele has implored SAPS members to close all living spaces of criminals this festive season.

He says police must not have mercy on those who will be found breaking the law.

“Know that you are here, your job is one; it is to bring and create hope around South Africans. Your job is to make sure as people come in this city of Mangaung are safe as they walk, as they take their money. I want to remind you that your job is not prescribed, your job descriptions are not prescribed by your Minister, President but the prescription of your job is in the Constitution.”