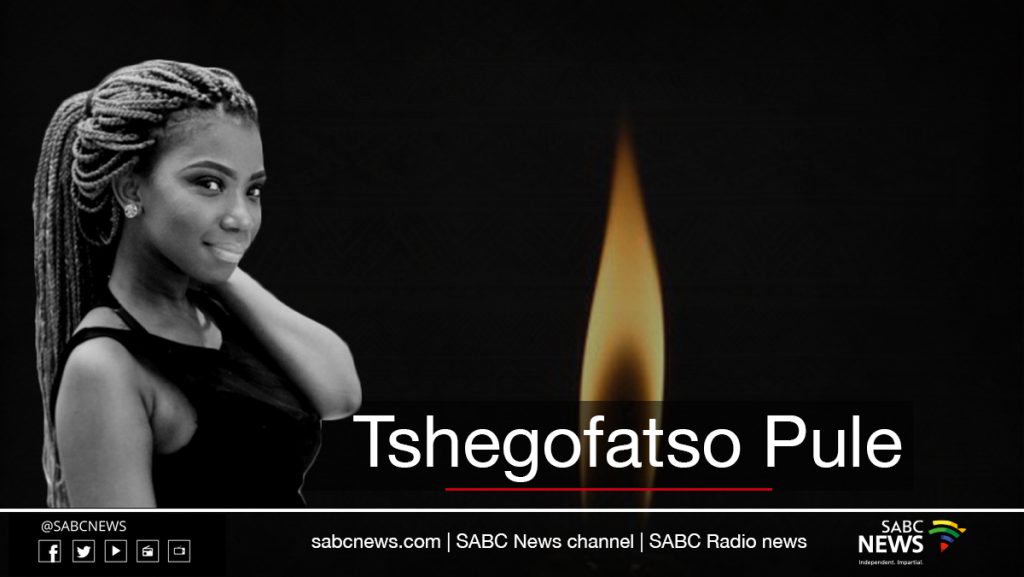 Men were being called out to end the abuse and murder of women as Tshegofatso Pule was laid to rest.

Pule was found murdered and hanging from a tree in a veld in Roodepoort, west of Johannesburg, on Monday.

She was buried at the Roodepoort Cemetery on Thursday.

Wreaths and a multi-coloured traditional Ndebele blanket lay on the wooden coffin carrying the lifeless body of Pule.

Pule’s funeral service is in the video below:

The 28-year-old, who was eight months pregnant at the time, was found with a stab wound to the chest.

“You plant a seed in a womb; you determine the sex of the child. Why kill her, why kill a woman? God will take over. She was looking forward to seeing that child, but she was denied that by a cruel person,” Pule’s Aunt Pricilla Tyiwa said at the funeral service.

An emotional Tyiwa went down on her knees, begging men for forgiveness.

“I don’t know where I went wrong as a parent. What have I done, to deserve this? Tshego was a pint-size, a defenceless child.  She said spare my life because I’m carrying a baby. Guys, what have we done? To my son, to my brothers, if my presence is not satisfying you, please be gentle. We are asking for forgiveness. Please treat us with courtesy when we are in pain, empathise with us, we ask for peace.”

Pule’s little sister, Mimi, broke down while trying to share some memories of her sister.

“She came to me when I was in hospital; she said I am going to pray for you. She said I will be there for you through thick and thin.”

Pule’s uncle Tumisang Katake, who was part of the defence team that represented Sandile Mantsoe who murdered Karabo Mokoena, has vowed that he would never again take up cases of men accused of committing crimes against women.

“Last week Friday I was burying my cousin. On the 26th of May she was shot with four bullets by her husband. On Monday morning, at 3:30 you get a call, your niece is no more.”

The Economic Freedom Fighter’s Mbuyiseni Ndlozi has labelled the killers of Pule as cowards and called for their immediate arrest.

The Gender-Based Violence Command Centre has reiterated the call for men to join the movement to help end the violent scourge, directed at women and children.

“From how it was done and looks, it seems it was just to dehumanise and degrade women to a point where they cannot make free choices about their own bodies. It is very very sad. If we address men, especially older men, to include the boys in talking to them on the facts of life, I think that, in a way, would assist us greatly,” says Manager at the GBV Command Centre, Nomathemba Malvern.

Pule’s death has caused outrage in South Africa with many calling for justice. A candlelight memorial was held in her honour in Soweto on Wednesday.