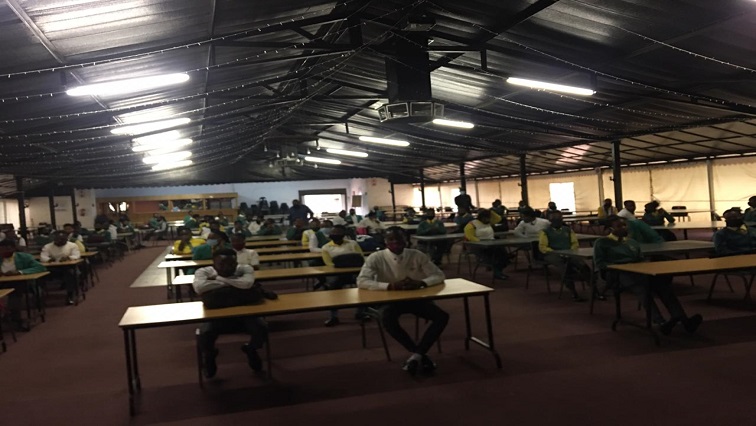 Teachers’ union, Naptosa, is the latest organisation to reject the rewrite of the leaked Maths Paper 2 and Physical Science Paper 2 matric examinations.

Basic Education Minister Angie Motshekga made the announcement on Friday.

Motshekga said the decision was not easy but necessary under the circumstances as a viral spread of information on the cyber networks made it virtually impossible to accurately identify the number of learners that have had access to the leaked question papers.

However, Naptosa believes the Minister is overreacting.

“Because of the ambiguity of the finding (of the preliminary report into the matter) – it is merely an assumption at this stage that the leak was widespread. Naptosa believes that the decision to order a national rewrite of the two papers is an overreaction. The term “viral”, used by the investigation Task Team conjures up the belief that the papers were splashed all over social media. But we have not seen evidence that this was in fact the case,” says the organisation’s Executive Director, Basil Manuel.

The union says while the Minister did consult with the teachers’ union she failed to highlight the union’s expressed discomfort with the matter. Manuel says rewrites should instead be ordered in the schools where government’s Task Team found evidence that learners had been in possession of the papers, instead of adding unnecessary pressure to thousands of matriculants who had nothing to do with the leak.

Naptosa has welcomed the arrest of the suspect in the case and called for a harsher sentence.

Teachers’ union Sadtu and students’ organisation Cosas are planning to go to court to challenge Motshekga’s decision on the matter.

Sadtu has described it as irrational while Cosas says learners must not go to the classrooms to write the papers.

Clinical Psychologist Hameeda Bassa-Suleman told SABC News that the rewrite decision could have a negative psychological impact on matric learners. Bassa-Suleman says there will be few students with the resilience to do better on a second exam.

“But a lot of students will suffer because of this unprecedented kind of opportunity whereby they will have to re-write an exam they thought they’d finished,” she warned.