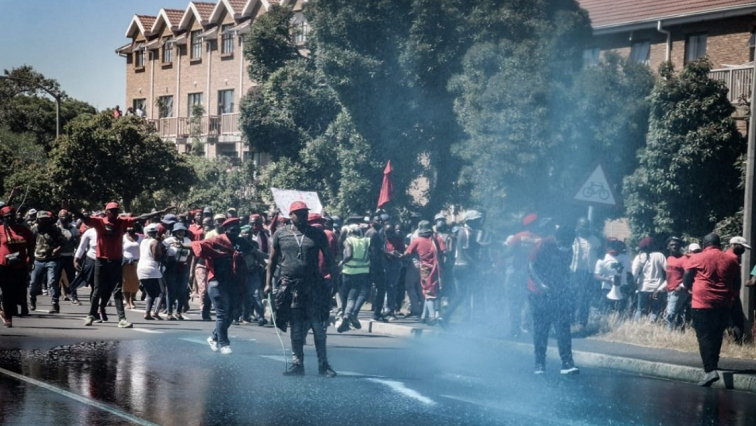 An interdict application to stop the Economic Freedom Fighters (EFF) from protesting outside Brackenfell High School is expected to be heard in the High Court in Cape Town on Wednesday.

The school’s governing body brought the application on an urgent basis last month but the court did not grant urgent relief.

Chaos broke outside the school when parents and members of the community clashed with protesting EFF supporters.

They were protesting against alleged racism after reports that black learners had been excluded from a matric party at a wine farm.

The governing body and the Western Cape Education Department insist the party was not organised or funded by the school.

The EFF held another protest late last month near the school during which eight party supporters were arrested on charges of public violence.

Party members accused police of inciting violence as they gathered outside the premises after police fired water cannons and stun grenades.