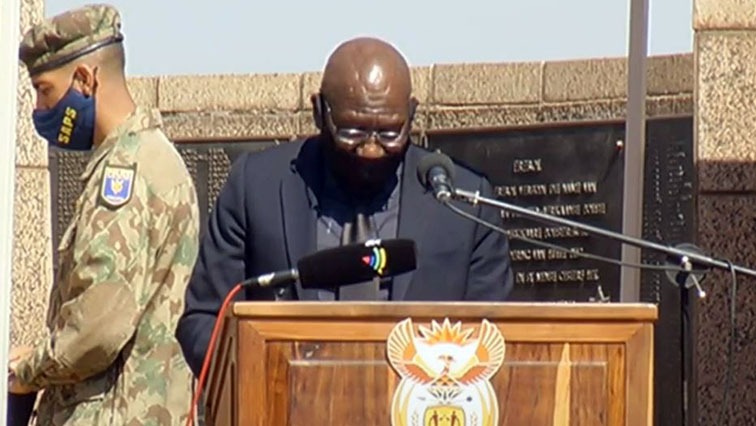 Police Minister Bheki Cele says an attack on a police officer is tantamount to treason. He was addressing this year’s South African Police Service annual National Commemoration Day, at the Union Buildings in Pretoria.

On this day, police officers who were killed in the line of duty are honoured.

Cele says 40 police officers have died in the line duty in the past year.

Deputy President David Mabuza is the among dignitaries attending the commemoration.

The latest figures reveal that over 15 700 police service members have contracted the coronavirus with around 195 COVID 19-related fatalities recorded in the service.

Cele says the pandemic has robbed the families of brave men and women who died protecting the country.

“This year commemoration takes place amid a global pandemic that has affected the police service in more ways than one. COVID-19 has robbed us of capable men and women many of whom succumbed to the virus while on the frontline. The virus has robbed us as police service of our tradition to bid men and women of the law with a befitting official SAPS send-off. I will continue to be loud and say any attack to a police officer is a direct attack to the authority of the state and it should be regarded as treason.”

In the video below, members of the SAPS are honoured: