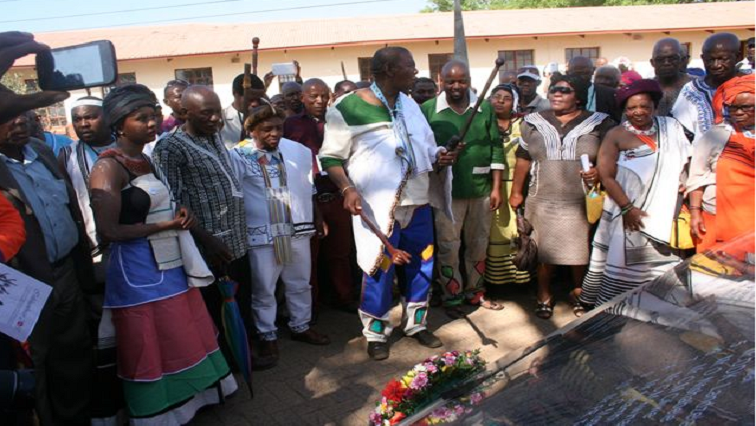 The Amahlubi traditional leader, Chief Madoda Zibi, of Khayakhulu near Rustenburg in the North West says land is important for South Africans. He spoke to the SABC News during activities to mark Heritage Month and in recognition of the decision of the Amahlubi’s previous leaders to buy land in the predominantly-seTswana speaking North Wes,t 96 years ago.

The community commemorated its arrival on the Khayakhulu land, near Rustenburg. The Xhosa speaking clan, finds itself in the predominantly seTswana province.

The clan arrived in the province on September the 20th, 1924, led by Chief Nonkonyana Shadrach Fuba Zibi. He was among the young men from eNgcwazi in the Eastern Cape who volunteered to serve as soldiers in France in the First World War.

Some of them died when their ship, the SS Mendi, sunk. Chief Zibi says they appreciate the decision of their ancestors to buy land.

” Land is crucial to development and we need to make sure that it’s used to produce the necessary food and all such things so that our people can survive, so that the people can get the benefit of what they acted for,” says Chief Zibi .

The clan holds prayer sessions annually on September 20th and hosts tribal celebrations, with the aim of preserving their culture and heritage for the benefit of future generations.

“We are doing this for our great grandchildren, to not forget our culture and tradition. They must know this is the remembrance of our forefathers,” says one community member.

“We teach our children the same teachings we were brought up with, they must know our history and hold on to it,” says another member.

The traditional leadership says despite being in a province in which people predominantly speak seTswana, they have been encouraged by the diversity in the area and the celebration the of different South African cultures.