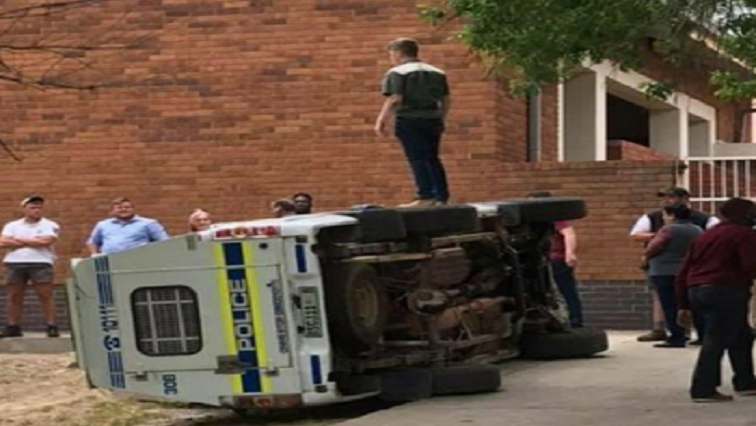 Police in the Free State have given the assurance that the suspects who were in court when a group of farmers stormed the court building are safe.

The incident happened in the Senekal Magistrate’s Court where two accused in the murder case of farm manager Brendin Horner briefly appeared.

“A  group of farmers entered the court building by force trying to take over the suspects. The police managed to contain the situation and all the suspects who were in the police custody were escorted to the place where they will be detained.”

“It is unfortunate that there were two who complained that they were having minor injuries, they received medical attention and taken to a place where they will be detained further,” adds Makhele.

Meanwhile, Police Minister Bheki Cele has demanded the arrested of those responsible for the torching of a police vehicle at Senekal in the Free State.

Cele says some of the farmers were armed.

The Minister says he cannot understand why the protesters directed their anger at police when two suspects had already been arrested in connection with the murder of Horner.