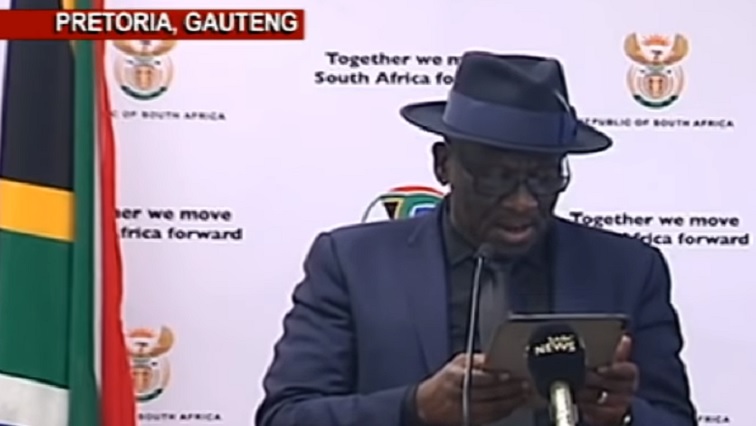 Police Minister Bheki Cele says alcohol consumption in public areas and the sale of alcohol during the 21-day national lockdown is prohibited.

Cele was briefing media in Pretoria about measures that his department will be taking to help slow the spread of the coronavirus in the country.

Cele also refuted earlier statements that jogging and dog-walking will be allowed during the lock-down. He says anyone who breaks the law will be liable for a fine or six months in prison.

“Restaurants shall not operate. There is no need to move around. There shall be no dogs that will be walked. If you break these laws, you are six months in, or a fine or both. The law will act harshly on you.”

Cases of COVID-19 at correctional centres

Speaking at the same briefing, Justice Minister Ronald Lamola says there have been 16 suspected coronavirus cases among officials at correctional centres across the country. He says 11 of the officials have tested negative for the virus and results for the remaining five are pending.

Transport Minister Fikile Mbalula made it clear that minibus taxis, as well as taxi services like Uber and Bolt, will only be allowed on the roads from 5 o’clock in the morning to 9 am and from 4 o’clock in the afternoons to 8 o’clock at night.

They will only be allowed on the roads if they are carrying essential workers and people who have been permitted to travel.

VIDEO | There is a limit of how many people are permitted to be in a car says minister of Transport Fikile Mbalula #SouthAfricaLockdown pic.twitter.com/thRAuvmbbP

Various Ministers deliberating on security measures for COVID-19 ahead of the 21-day lockdown: