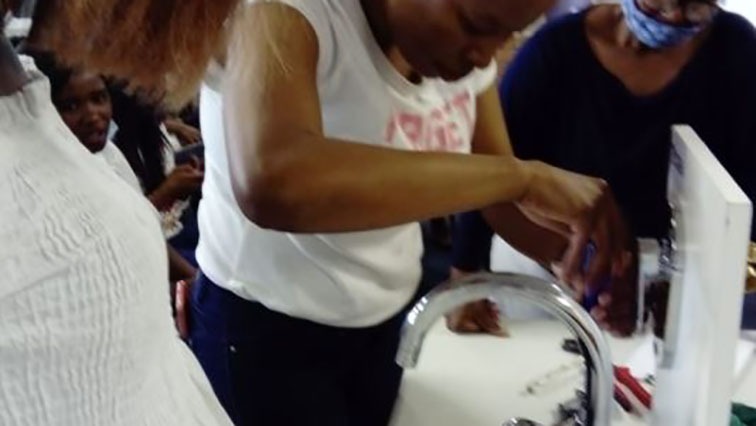 As the world observes the annual international campaign of 16 Days of Activism against Gender-Based Violence, an NGO for women has launched a skills empowerment workshop, hoping to remove women from abusive households.

The stakeholders also believe that this will promote safer spaces for women clients, as well as grow the number of women in the industry.

Anxious but also eager to take on a new challenge, most of the women are single mothers, seeking employment and independence.

“There is a very high rate of people that are not able to get into universities and colleges and equipping them with skills to gain some sort of income is an important factor to bridge the gap of equality,” adds Homby Selepe, who is a youth leader.

The organisation partnered with LIXIL Africa’s Igsaan Hugo who facilitated the first phase of the training.

“Not everyone can afford a plumber. It’s like R600 or R700. We’ve got our precious resources of water being wasted daily so LIXIL Africa, together with the department of water and sanitation went into a partnership so that we can upskill people in different communities, especially women,” says Hugo.

The women detailed their backgrounds and training experience so far.

Mother of two Samkelisiwe Mbambo, moved to Johannesburg from Nongoma in rural KwaZulu Natal. A matric certificate is her highest qualification. As an orphan, she was raised by her grandmother and had dreams of becoming a social worker.

“Unemployment brought me to Johannesburg. At the time I had completed matric and went on to study at a college in KwaNongoma. I studied for two years but I was not able to finance the rest of my studies due to circumstances at home. My grandmother raised us alone and I also have two children back home. My brother and I came to Johannesburg to try and find any sort of piece work we can do,” says Trainee Samkelisiwe Mbambo.

Life in the city for the past few years has been challenging. Like most of the youth in South Africa, the 28-year-old has knocked on many doors, but to no avail.

“Job hunting has been difficult so far. At times we are asked to pay for employment and that is money we already do not have. We have to pay rent for the shacks we live in, buy food and also take care of my children back home. As we approach Christmas, my children have called and asked for Christmas clothes. It’s very difficult since I have arrived here I have not been fortunate enough to find a job.”

Mbambo says although she hasn’t applied any of her new knowledge practically, she looks forward to capitalising on her skills.

“I have not been able to assist anyone with the new skills I have acquired, but at any point, if a neighbour needed help with their taps or toilets I am confident I would be able to assist them”

The NGO is appealing for more assistance with resources and tools to help empower women.