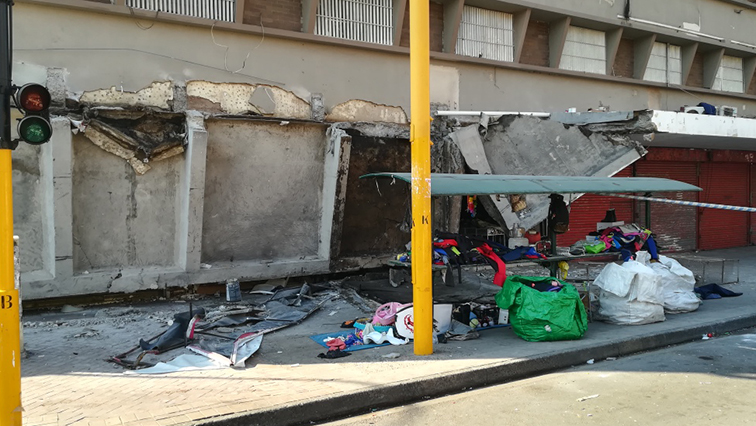 One person has been killed and eight people others injured after an overhanging roof of a building collapsed on them at the corner of Yusuf Dadoo and Doctor Goonam Streets in the Durban CBD.

Five of the injured have been taken to hospital. The cause of the incident has not yet been established. However, paramedics and police are still on the scene.

He says, “An overhanging verandah has collapsed onto the pavement below, tragically one person has sustained fatal injuries and paramedics are still on the scene treating several patients.”

“The exact number of patients is still being confirmed, emergency services are still on the scene. There is traffic congestion in the area as this happened at an intersection. The exact cause of the incident is unknown,” adds McKenzie.