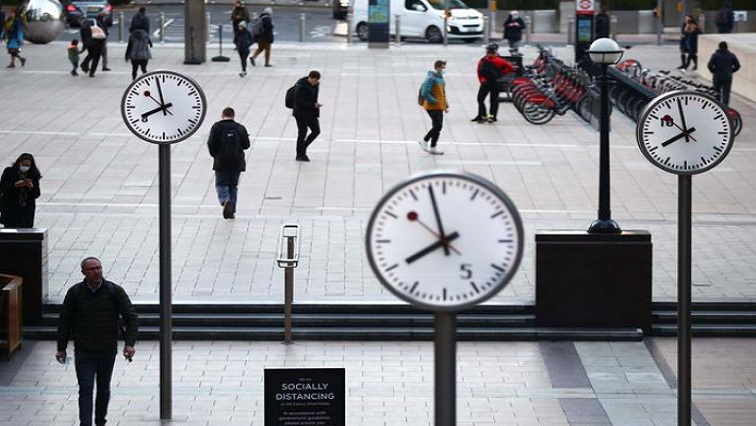 Britain’s economy will contract this quarter and it will take at least two years for GDP to reach pre-COVID-19 levels, according to a Reuters poll which also found London would agree a free-trade deal with the European Union.

As a second wave of the coronavirus swept across Europe, Britain, which has suffered the continent’s highest death toll from the pandemic, reimposed tough restrictions on economic activity.

Those lockdowns have particularly hurt its huge services industry as hospitality venues were forced to close and shops to shut their doors.

After a roaring third quarter in which it grew 15.5%, the economy is likely to contract 2.7% this quarter, deeper than the 2.5% contraction pencilled in last month, the poll found. Next quarter it will grow 1.7%.

“The scope for a swift bounce back in the first quarter is muted,” said Stefan Koopman at Rabobank.

“Even when the vaccine is rolled out relatively quickly and successfully, restrictions will largely remain in place and firms and households will have to adjust to the new trading relationship with the EU.”

After the historic 19.8% contraction in the second quarter the economy is expected to shrink 11.2% this year and expand 5.3% in 2021, little changed from last month, the November 26-December  1 poll of around 60 economists found.

Last month the Bank of England ramped up its stimulus to support the economy, increasing its bond-buying programme by an additional 150 billion pounds. Bank Rate was not expected to move from its record low of 0.10% until 2024 at least.

Despite all the stimulus, when asked how long it would take for GDP to reach pre-COVID-19 levels, 18 of 26 respondents said at least two years. Seven said within two years and one said within a year.

“At the moment, forecasting UK GDP growth is highly uncertain and, given the massive GDP fall in 2020 alongside the still-unknown economic implications of the end of the Brexit transition period, scarring could turn out to be larger,” said Elizabeth Martins at HSBC.

Britain’s transition period of informal European Union membership following its departure from the bloc is due to finish at the end of the year and the two sides have still not agreed terms for their future trading relationship.

The EU will launch contingency measures on Wednesday or Thursday if it is unable to reach an agreement with Britain by then, a senior EU diplomat said. Michael Gove, who oversees Brexit talks for London, said on Tuesday talks were still stuck on fishing, governance rules and dispute resolution.

Asked if a “no deal” scenario was closer than anyone would admit, Gove told ITV: “It’s certainly the case that there is a chance that we may not get a negotiated outcome.”

But the poll found only a median 35% chance no deal is reached, down from 40% given last month. As in all Reuters polls since the June 2016 referendum vote to leave the bloc, respondents said the most likely outcome was still some form of free trade deal for goods.

“It is in the interests of both sides to reach an agreement,” said Peter Dixon at Commerzbank.