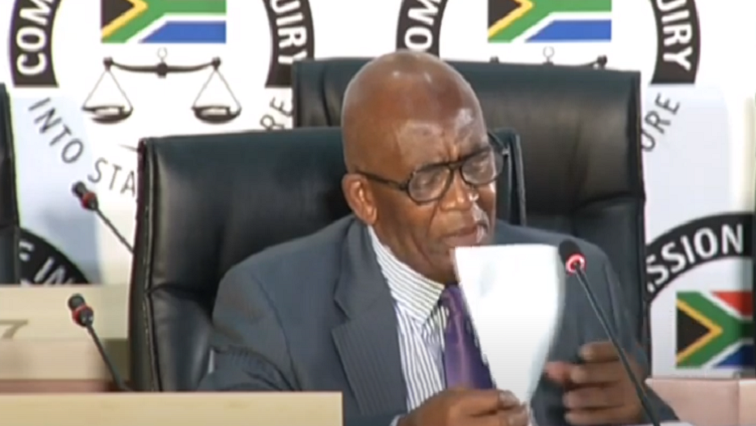 Former Eskom Board chairperson Zola Tsotsi says he considered Tony Gupta’s decision to show him a WhatsApp group screenshot of Eskom Board members’ discussions in one of their meetings as a threat.

Tsotsi who was not part of the Board WhatApp group says he was shocked that Gupta had information on such sensitive meetings.

He is continuing to give evidence on Eskom-related matters at the Commission of Inquiry into State Capture, sitting in Johannesburg.

“Well, it was a discussion by all the various Board members, well,I would say half of the Board or three-quarters of the Board, and I was quite taken aback and said where did you get this from? And he said ‘don’t worry about this Chairman, I just wanted to let you know we have got our own sources.’  So I took this to be some kind of power play – listen if you mess with me I will find out or some people will tell me whatever you do.”

Tsotsi says that it was clear that former Public Enterprise Minister Lynne Brown was following the instructions of the Gupta family.

He has explained how Brown insisted on the names of members various committees of the Eskom Board in December 2014.

Gupta-linked business associate Salim Essa proposed the names and emailed them to Tsotsi.

Tsotsi says he had earlier sent a different set of names which Brown had rejected.

“At that time in point it was very early in the new Board’s term, it was probably about a week and a half after the Board had been appointed, and I was very intrigued by the whole thing and could not put my finger on what was going on.  Until I was then called by the Minister to this meeting where I saw Tony Gupta and Salim Essa. Then I said to myself well, clearly, Minister is operating under the persuasion of these people.”

On Tuesday, Tsotsi admitted being under pressure from former President Jacob Zuma and Brown to suspend senior Eskom executives in 2015.

Tsotsi also explained how government interfered in the daily operations of the Board despite not having a mandate to do so: