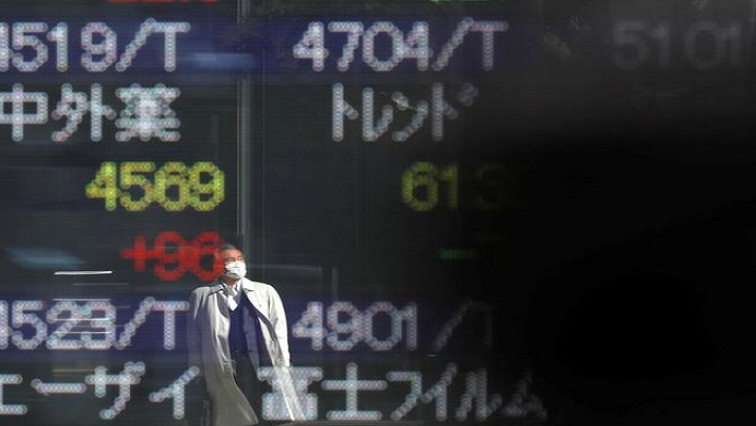 Asian shares rose to a record high and US stock futures gained on Wednesday as investors tracked positive news on COVID-19 vaccines and ongoing efforts to launch more fiscal stimulus.

MSCI’s broadest index of Asia-Pacific shares outside Japan rose 0.51%. At one point the index reached 646.10, an all-time peak.

MSCI’s gauge of stocks across the globe also hit a record high.

Australian shares gained 0.69%. Japan’s Nikkei rose 1.01% to approach a 29 1/2-year high. Sentiment got an added boost after Japanese data pointed to a rebound in capital expenditure.

Shares in China rose 0.15%. South Korean stocks also jumped by 1.26% to trade near a record high.

The British pound was little changed before make-or-break talks on a trade deal between Britain and the European Union.

“While hopes are still alive that a fresh stimulus package for the United States will be agreed on soon, it is looking less likely a Brexit deal will be made with negotiators from both sides acknowledging a deal may not be achieved,” analysts at ANZ Bank wrote in a research memo.

“The next 24 hours will be critical and is likely to cause market volatility depending on what is or isn’t agreed.”

US policy-makers continued to negotiate over additional stimulus to help offset the economic impact of the pandemic while pursuing a stopgap government funding bill.

Leaders in both parties remain adamant a deal must be struck but are still working through sticking points, including aid to state and local governments and business liability protections.

Britain on Tuesday became the first Western nation to begin a wide vaccination campaign, and Johnson & Johnson reported it could obtain late-stage trial results for a single-dose vaccine in January, earlier than expected.

Meanwhile, Pfizer Inc cleared another hurdle when the US health regulator released documents flagging no new safety or efficacy concerns.

But the looming prospect of a “no deal” Brexit weighed on sentiment for sterling , which last traded at $1.3369 and at 90.61 pence per euro.

British Prime Minister Boris Johnson will meet Ursula von der Leyen, president of the EU’s executive European Commission, for dinner in Brussels on Wednesday to try and close gaps their negotiators have struggled with for months.

Against a basket of currencies the dollar sat at 90.923, which is about half a percent above a two-and-a-half-year low it hit on Friday as short sellers piled in.

Benchmark US 10-year Treasury yields edged up to 0.9344% in Asia on Wednesday. Some dealers say expectations for more fiscal spending could push yields up more in the future.

Spot gold fell from a two-week high to $1,868.21 per ounce as the start of vaccine treatment reduced safe harbour demand for the precious metal.