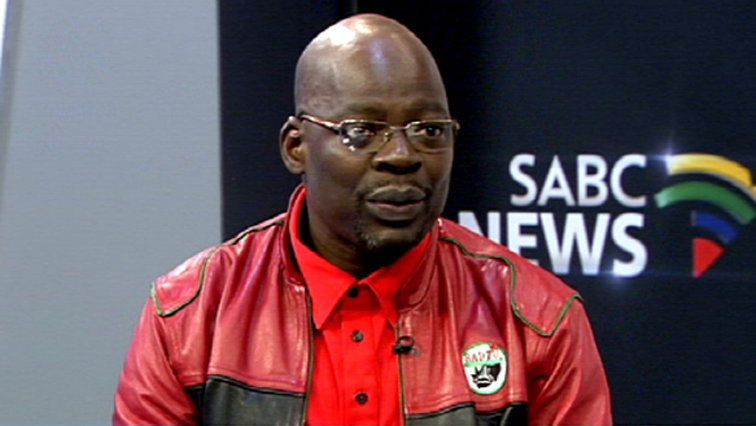 The South African Communist Party (SACP) says despite difficult economic conditions, the government should focus its efforts on the poorest of the poor particularly now that the coronavirus pandemic has exposed extreme poverty in the country.

Some economists have predicted that South Africa will have a double-digit economic contraction this year, contradicting Finance Minister Tito Mboweni who has put the figure at seven percent.

The country’s gross domestic product shrunk by a record 51 percent in the second quarter. It’s the fourth quarterly contraction in a row, as a strict lockdown to curb the spread of the coronavirus saw activity grind to a near-standstill.

SACP first deputy secretary Solly Mapaila says, “We’re talking about general economic interventions, for instance, for the government to assist the poor, particularly during the COVID-19 pandemic to suspend the payment of their mortgages for houses and cars and others. The financial sector was spared, it was allowed to make its own arrangements with people. Some banks would say if they give you a three-month repayment holiday, your loan is extended by two weeks, which is completely unacceptable.”

The video below is  on Solly Mapaila speaking on the SACP’s concerns over rampant corruption, destruction of infrastructure in SA:

The South African Communist Party (SACP) has lambasted Treasury for what it terms its conservative way of running its affairs.

At the centre of the latest controversy is the loan request from the International Monetary Fund (IMF) and the World Bank aimed at assisting South Africa deal with the economic impact of the COVID-19 pandemic which has already claimed over 15 000 lives in the country.

The SACP is a vanguard movement for the poor and the working class and a member of the ANC-led alliance.

While it has always stood firm in support of the governing party during elections, the economic policies always put the relations at loggerheads with the ANC-led governments dating back from former Presidents Nelson Mandela and Thabo Mbeki.

SACP General Secretary Blade Nzimande says: ”The SACP is not in denial that corruption reached its height during the 2009-2018 years, more so in the second half of that decade, almost turning our country into a mafia state.”

First deputy general secretary Solly Mapaila says: “Treasury actually represents the most conservative and right-wing section of pour government that has frustrated and stagnated our economy from growing but this Treasury has anchored us in international organisations like the IMF, World Bank and OECD country’s even when they don’t stay here.”

The party also extensively discussed the issue of corruption.

Nzimande says: “We support the President’s stance to fight corruption. Our stance as the SACP is that we can’t leave that struggle to the President alone, all South Africans need to stand up and support that effort.”

Nzimande also denounced the vandalism of public infrastructure saying that it portrays a country having run out of ideas to ensure the rule of law.

“This portrays South Africa as a country where lawlessness or anarchy rules in certain areas of the society, a territory where the rule of law is either weak or the there is something fundamentally wrong with the state system.”

SACP explains why they are unhappy with the IMF loan