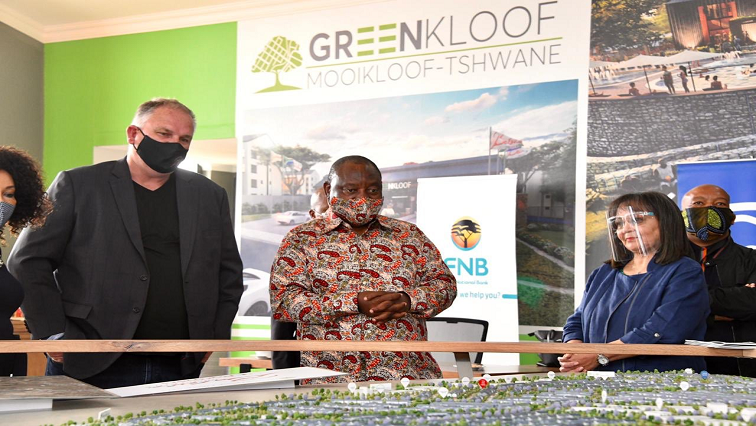 Head of the Investment and Infrastructure Office in the Presidency Dr Kgosientso Ramokgopa says he will meet with representatives of the Black Business Council next week to discuss the country’s infrastructure development plan. Last weekend, President Cyril Ramaphosa launched the multi-billion-rand new Mooikloof Mega-City development, which is set to be built in the east of Pretoria.

The first phase of the project will have residential developments.

The project will also lead to the creation of more than 40 000 jobs at a time when the country’s unemployment rate has reached a record 30% mark.

Speaking at the launch of the first phase of the project, Ramaphosa said the initiative is a partnership between government and the private sector.

He said infrastructure development is key to attaining economic recovery.

“The Mooikloof integrated development has a total value of R84 billion and is one of the strategic infrastructure projects that we gazetted at the end of July and that demonstrates the seriousness with which as a government we are approaching infrastructure. We were able to raise and unlock over R340 billion in private sector investment in various economic sectors of our country.”

“The mixed-use development will also add to integrating our cities. I think that is a mission of the government that we want to integrate our cities and we need to provide decent housing also for our people. We’re certainly looking forward to infrastructure investment that will lead to economic growth and that this must create major jobs – we want to see a lot of jobs created for our people.”

Ramokgopa says his meetings with stakeholders will highlight the need to roll out the project nationwide.

“Yesterday, we met with the national office bearers of the Black Business Council; a body and a voice that organises business interests in the country. We’ve agreed that we’ll meet by next week Thursday to ensure that we thrash out the transformation components of infrastructure investment plan – so that from the onset, everyone is aware and has got an appreciation for the transformation elements that come with these investments that we are going to be rolling out. Before February, we are coming with the second phase of this project.”