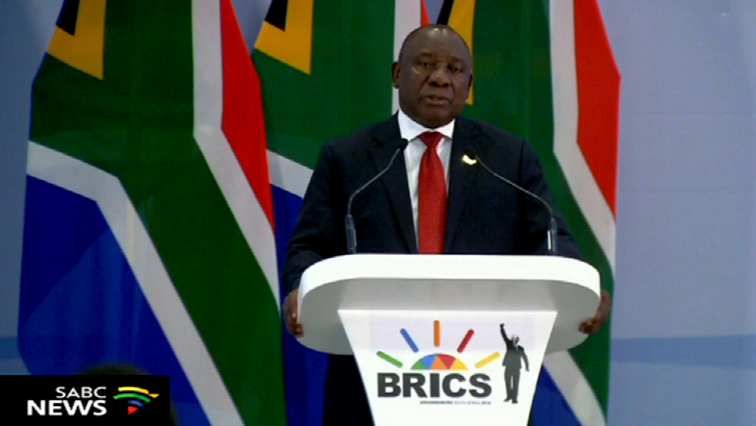 President Cyril Ramaphosa will lead the South African delegation during his participation in the virtual 12th BRICS Summit scheduled for Tuesday.

BRICS is an association of five major emerging countries, Brazil, Russia, India, China and South Africa, which together represent about 42% of the global population, 23% of GDP, 30% of the world’s territory and 18% of global trade.

The 12th BRICS Summit will be chaired by President Vladimir Putin of the Russian Federation, as Chair of BRICS for 2020, under the theme: “BRICS Partnership for Global Stability, Shared Security and Innovative Growth”.

The programme will include the traditional open Leaders’ Session where the heads of member states will address the Summit with the aim to contribute to the future direction of BRICS.

Leaders will be focused on strengthening intra-BRICS relations and mutually beneficial cooperation across the BRICS pillars of cooperation, namely, political and security, economic and finance, social and people-to-people cooperation.

South Africa’s membership of BRICS enables the country to employ additional and powerful tools in its fight to address the triple challenges of unemployment, poverty and inequality through increased trade, investment, tourism, capacity building, skills and technology transfers.

South Africa has made concerted efforts to place the African Continent and the Global South on the agenda of BRICS and to harmonise policies adopted in regional and international fora with those pursued in BRICS, including Africa’s Agenda 2063 and the 2030 Agenda for Sustainable Development.