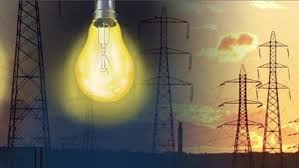 Eskom says it does not expect to implement load shedding on Thursday but warns that the power grid remains vulnerable.

The power utility has battled to keep the lights on with power outages being ramped up to stage-4 amid unplanned breakdowns at a number of power stations. On Wednesday, Eskom suspended load shedding saying it had returned enough capacity to the grid.

Spokesperson Sikonathi Mantshantsha says, “No load shedding is expected. However, any deterioration in the generation performance will result in the need for the implementation of loadshedidng at short notice. Eskom continues to urge the public to use electricity sparingly.”

While no loadshedding is expected tomorrow, the possibility of loadshedding remains high@News24 @SABCNews @NewzroomAfrika @eNCA pic.twitter.com/OAvd12VKBT