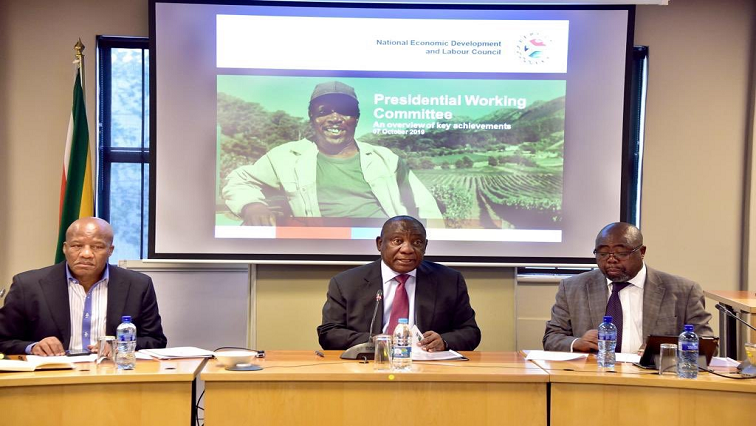 The National Economic Development and Labour Council (Nedlac) says it has set up a working team that will finalise a recovery plan for the South Africa economy.

The council is made up of government, labour, business and community as social partners.

The SABC looks at Nedlac’s role in the South African economy:

Nedlac, chaired by President Cyril Ramaphosa, convened a virtual discussion on Thursday on how South Africa can come out of financial difficulties, which have been worsened by the impact of the coronavirus (COVID-19) pandemic.

Nedlac social partners say the government must intensify the fight against corruption in order to ensure that it does not undermine economic recovery efforts.

“Social partners have developed a significant degree of convergence and commonality on the grave nature of the economic challenge, and the need to identify priority interventions and act urgently to move the economy forward. Consensus is emerging on what to do to achieve economic recovery, transformation, inclusive growth and globally competitive economy,” the council says.

The council says it will nominate senior leadership to serve on a team that will set priority actions for economic reconstruction and institutional arrangements to support these actions.

“The team will focus on such areas as job creation; having a sectoral approach; prioritising infrastructure; the need for urgent attention on energy security and working on the bottlenecks to economic growth.”

The team is expected to present Nedlac and the Ramaphosa with an economic recovery action plan that will be submitted to the cabinet for endorsement.

Earlier, the Congress of South African Trade Union (Cosatu) called on the government to lift the ongoing prohibition on alcohol sales to help protect jobs.