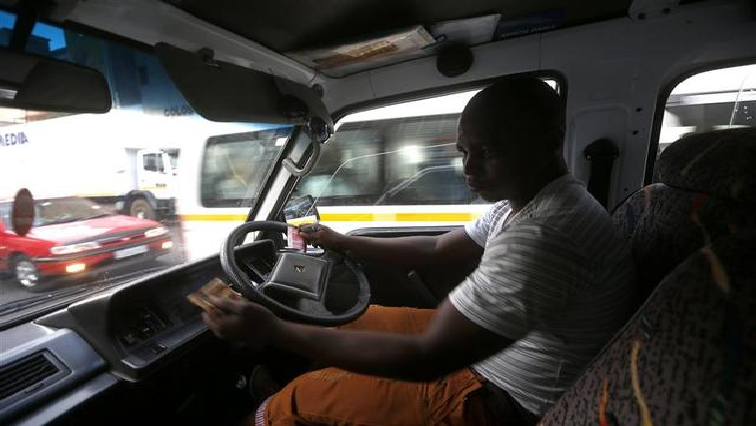 The looming taxi fare increase has commuters up in arms. Regular taxi commuters in and around Tshwane say any possible fare increases will make life more difficult. Most say they’re already struggling to deal with the effects of the continuing lockdown.

Government imposed the lockdown restrictions to curb the spread of COVID-19 since March this year..

About 15 million people use taxis daily to work, school and to attend to other daily errands. However, the R50-billion a month industry is now struggling due to the on-going lockdown.

This has pushed some taxi organisations to contemplate taxi fare increases of over 50%. Some commuters, who are street vendors in Tshwane, expressed their frustrations, saying should the taxi fares increase under the lockdown period, making ends meet will be even more difficult.

“Life obviously is going to be difficult because it’s already difficult. So if the taxi drivers say the price goes up because of this disease the coronavirus, life is going to be more difficult. We are struggling for money, food and for everything. So this is gonna be a problem for us the poor people because we cannot manage to go up and down.”

“Yes’ I’m not happy about the increase in taxi fares. It’s going to make life difficult which is in this situation already. There’s no money, no business,” say some commuters.

In this video below, SANTACO says taxi fares will increase across the country:

Taxi operators are equally frustrated. They lamented the hardships of having lost profit since lockdown came into effect. They say punishing commuters will not assist to recover the losses.

However, some say it’s hard to survive with the 70% load limit as per the lockdown restrictions.

One taxi driver shared his daily frustrations, “Business is bad and is so low. So the solution is to increase the fare. But it won’t be fair for the customers. Is not their fault. Is the lockdown, is the disease. If we increase we must not kill the customers though the business is not. 70% load is nothing. We go home with nothing. It’s only for petrol.”

Earlier this week, some taxi associations in Gauteng announced that they would increase prices by about 170%, citing the loss in revenue after the Government implemented lockdown regulations in March. But after intense discussions, this was put on hold.

In this video below Transport Minister announces relief funding for taxi industry:

“We know normally this the time we are increasing our fares but in consultation with the communities and taxi commuter forums. We share ideas and our frustrations with them. Remember that we are serving the people. Our intention, for now, will be determined later. So we cannot just vent our anger on the commuters,” explains Makata.

The taxi industry employs about 600 000 people, mostly drivers. But many could soon lose jobs as operators fear they might be forced to quit the business, unless government steps in to render financial support to struggling taxi owners.

In this video below, Alexandra Taxi Association threatens shutdown over COVID-19 subsidy: