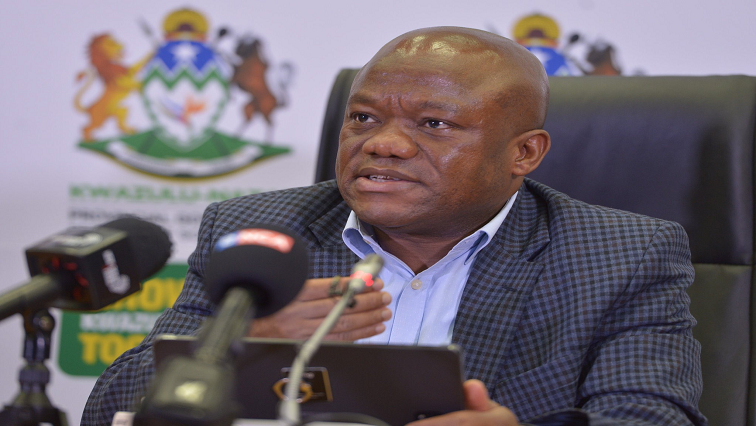 The KwaZulu-Natal government has welcomed the move to a Level 2 lockdown, saying this is a stimulus for economic recovery in the province. On Saturday, President Cyril Ramaphosa announced that several more restrictions will be lifted, which include inter-provincial travel and the sale of alcohol and tobacco products.

The provincial government says there has been a decline in the number of new COVID-19 cases that are being reported in KZN on a daily basis.

Last week, the province recorded over 100 000 COVID-19 cases, overtaking the Western Cape to become the country’s second hardest hit province. As of Saturday, 873 new cases were recorded and eThekwini District is still the epicentre with 46% cases reported, followed by UMgungundlovu in the Midlands, with 11%.

Zikalala says, although the numbers are declining, the province is still at its peak.

Like most of the country, the province’s economy has taken a serious knock, with the tourism industry among the hardest hit due to the lockdown regulations. In 2019, international tourism contributed about R7 billion and domestic tourism more than R9 billion to the KZN economy.

The Premier says the local economy has lost almost R30 billion due to the pandemic.

“We welcome the risk adjustment to Level 2 as a gateway towards economic recovery. The opening up of the economy is indeed great news because it means more businesses will now have the opportunity to contribute in saving jobs and prevent the disaster that has befallen those who were forced to close down their operations.”

Lifting of ban on sale of alcohol and tobacco

Zikalala has stressed that the lifting of the ban on the sale of alcohol and cigarettes does not mean that people should act recklessly as that will bring about a stronger resurgence of the virus.

“We are cognisant of the threat of the new wave of COVID-19 infections coming back to overwhelm us. We’ve seen it in other countries where people thought the virus has subsided and then they started behaving recklessly, making the virus come back stronger than before. If we allow that to happen, government will not hesitate to reinstitute the ban on alcohol and bringing back a lot of other restrictions.”